In recent years, Kansas producers have shifted soybean planting dates to earlier  dates at a rate of about a half-day per year (Fig. 1). After considering the effects of genetic yield potential and the environment, planting date is one of the primary management practices under the farmer’s control that can highly influenced final soybean yields. 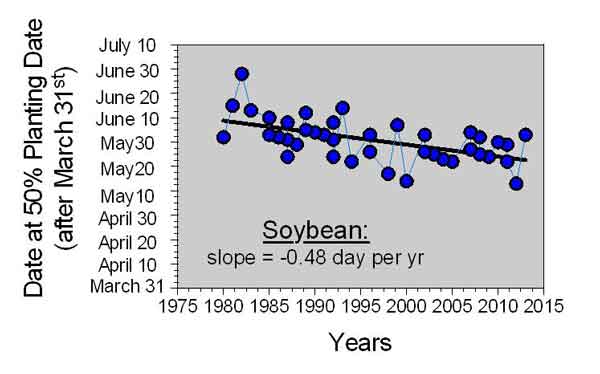 Figure 1. Trend in the date at which 50 percent of planting progress was achieved for soybean planted area in each year from 1980 to 2013 in Kansas. Source: USDA-NASS.

Soybean can be planted over a wide range of planting dates (Fig. 2) under adequate soil moisture conditions, although germination and emergence could be reduced and delayed in cool soils (less than 50 F). 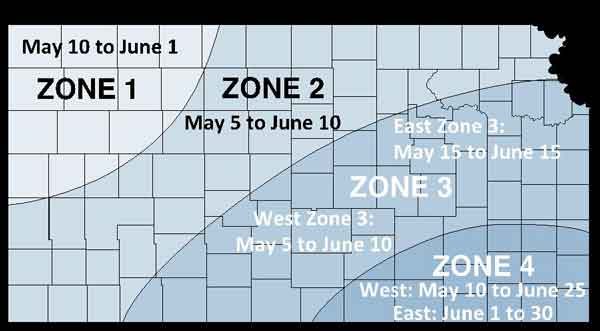 A summary of research studies comprising information on planting dates and yield benefits for early planting in Kansas is presented Table 1. For general guidelines, the outcomes from the planting date information is evaluated by diverse regions around the state:

Table 1. Soybean planting dates and sites/years across Kansas. The information in this table was calculated as the yield obtained in the early May planting date compared to each planting date following this date (mid-late May, early-mid June, and mid-late June).