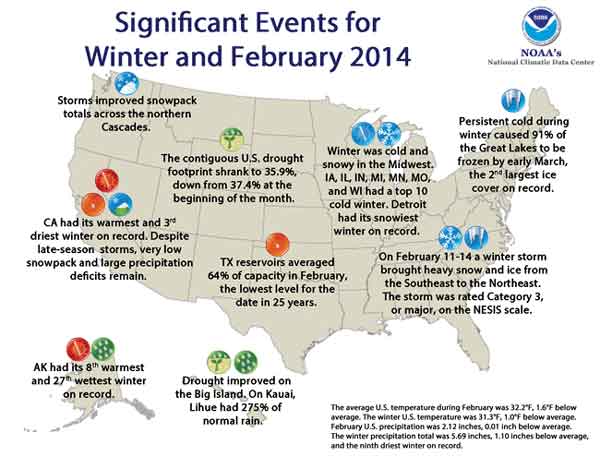 Highlights for the Missouri River Basin

Although one of the coldest winters in recent memory, only a few states in this region broke into the top 10 rankings. North Dakota had its 8th wettest and 9th coldest December on record. Meanwhile, Montana and Wyoming had their 7th and 9th wettest February on record, respectively.

This winter was particularly windy across the region. In January, Rapid City, SD had an average wind speed of 13.6 mph which was the windiest January since records began in 1970.

Although the mountain snow season extends well beyond the winter months, many locations fared well over the winter. One example is from the popular ski destination of Breckenridge, CO which had its 3rd snowiest winter on record with 131.6 inches. 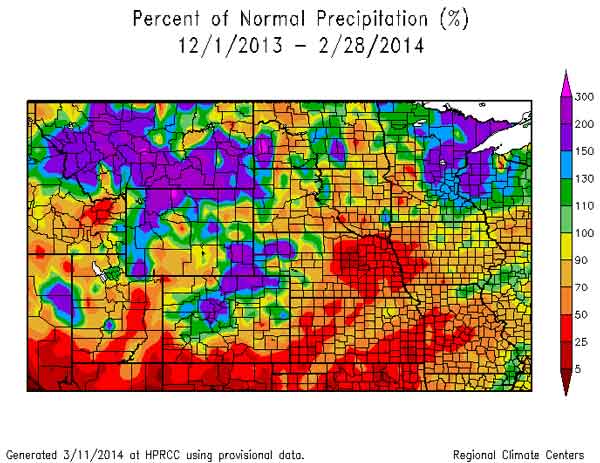 Although there is limited snowpack across the Plains portion of the Missouri Basin states, above-average mountain snowpack is present in the headwaters. This is in stark contrast to the past two years when the snowpack was well below normal. This snowpack may draw concern of a repeat of the 2011 flooding, however that is rather unlikely at this time. Keep in mind that record May precipitation in Montana greatly contributed to the flooding in 2011. Also, there is additional flood storage as a result of the 2012 drought. 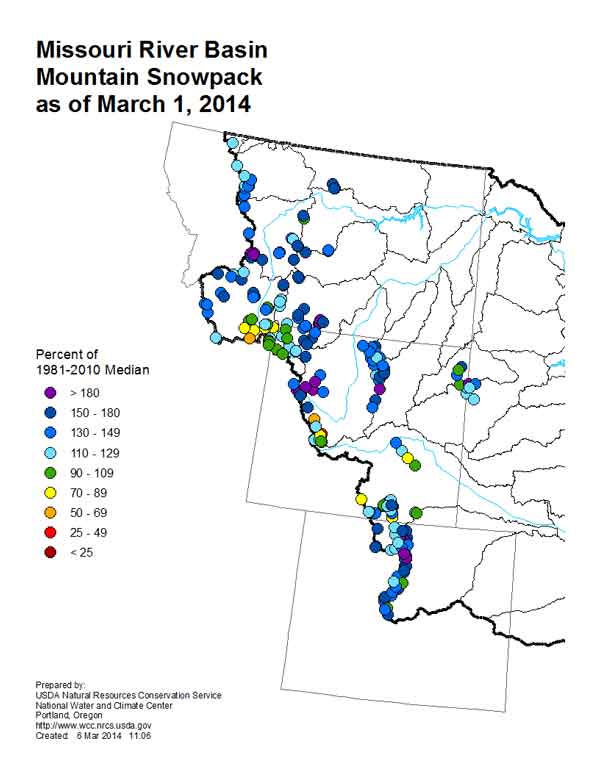 A strong ridge/trough pattern was present over the United States this winter, which resulted in cold, stormy weather in the east and dry, warm conditions in the west. Situated in the middle, the Missouri Basin states had both above- and below-normal temperatures. The northern and eastern sides averaged 4.0°F-10.0°F below normal while portions of Wyoming and Colorado were near normal and up to 6.0°F above normal. For some parts of the region, this was the coldest winter in 25-30 years. 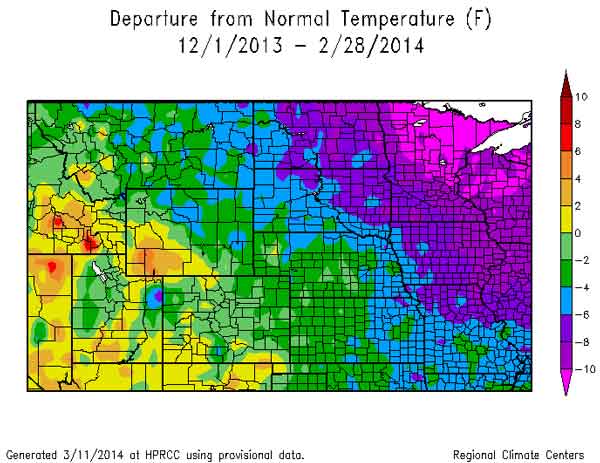 Extended cold this winter had impacts on many aspects of agriculture. Propane shortages were a challenge for corn producers who still had corn in their fields waiting to be dried. Some livestock stress due to the cold was reported. Additionally, there are concerns over the winter wheat crop. After a cold and windy winter, producers will have to wait until the crop breaks dormancy to find out the extent of the damage.

Drought conditions have only changed slightly over the winter months. For the areas in this region dealing with drought, the winter is typically the driest part of the year. This means that significant changes in drought conditions (either improvements or degradations) would not be expected. The seasonal outlook indicates that much of the drought conditions in the region will either be erased or be improved. The area of drought encompassing the southeast corner of Colorado and the southwest corner of Kansas is expected to persist through June. 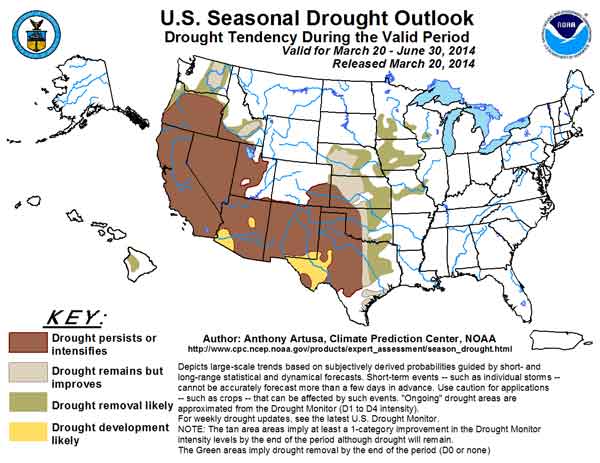 ENSO (El Niño/Southern Oscillation) neutral conditions were still present and are forecast to continue through spring, with a 50% chance of El Niño developing this summer or fall. There are no indications of either a wetter or drier than normal spring at this time, however northern areas of the basin should expect below normal temperatures. 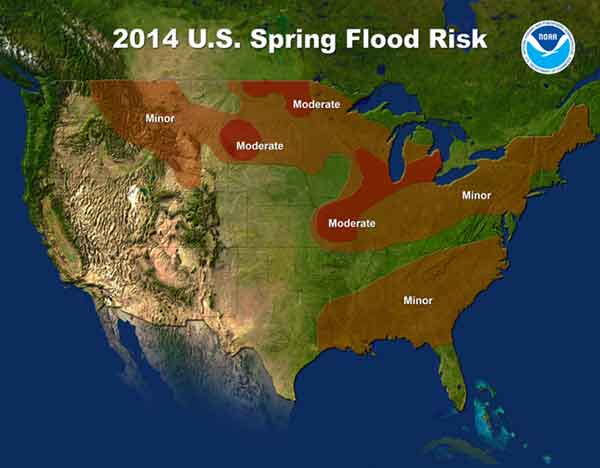