There is a wide range of wheat conditions in central Kansas so far this spring. While that’s not unusual, what is notable this year is that in a few cases entire fields of wheat have died. Where wheat has died, the main factors other than temperatures are loose dry soils, seed placement and crown set, planting date, and varietal differences.

The worst-case scenario has been the combination of a variety with poor drought tolerance planted shallow and late into a loose, fluffy soil. If wheat had a very poor root system due to dry soil conditions or late planting, the crown was close to the soil surface or in residue, and soil conditions were dry and loose – allowing cold temperatures to penetrate the soil more easily – the wheat was more likely to have died or suffered severe injury. Varieties with marginal winterhardiness have had problems overall, but the worst problems have been under the conditions described above. 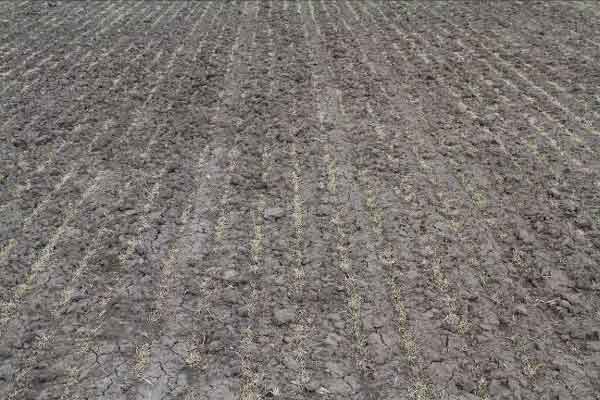 Dead wheat in McPherson County, March 27, 2014. The soil was dry and loose from too much tillage. Photo by Jim Shroyer, K-State Research and Extension. 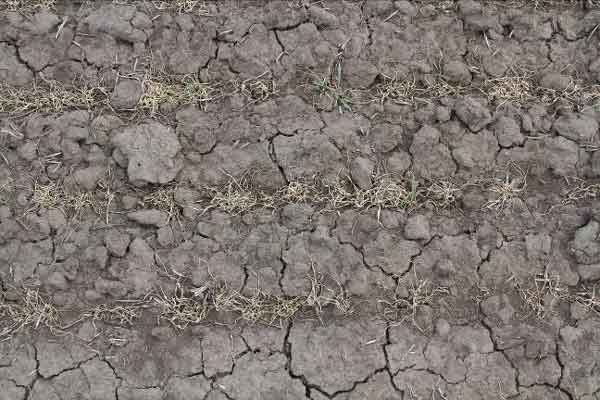 On the other hand, most wheat in central Kansas planted into firm soil at the proper seeding depth is in relatively good condition now. Growth is generally behind normal for this time of year, but winterkill has not been a widespread problem under these conditions. 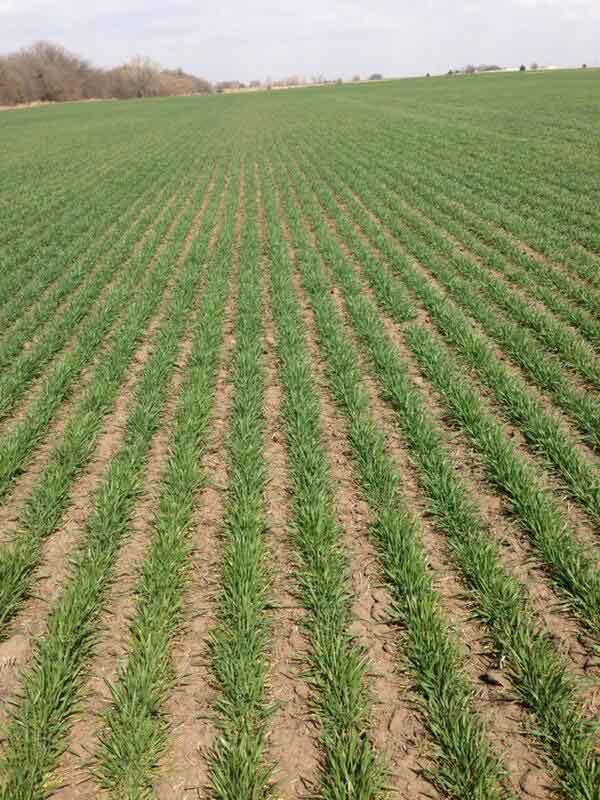 Wheat planted into nice firm soil in McPherson County, March 27, 2014. This wheat is doing fine, although it is a little behind normal in development for this time of year. Photo by Jim Shroyer, K-State Research and Extension.