High forage yields and great forage quality are characteristics that growers desire in their alfalfa fields. However, producers are often focused on the weather to harvest hay or occupied with other farm duties that we do not pay attention to the details. Worms are one of these details that need to be considered this time of the year.

Worms have been voraciously feeding throughout at least the eastern 2/3 of Kansas for about the last 3 weeks. However, they have only recently gotten large enough to cause considerable damage and become a concern. The main problem in alfalfa seems to be a combination of fall armyworms (Figure 1), armyworms (Figure 2), and somewhat surprising, alfalfa caterpillars (Figure 3). Their appetite can cost you one harvest if an action is not quickly taken (Figure 4). 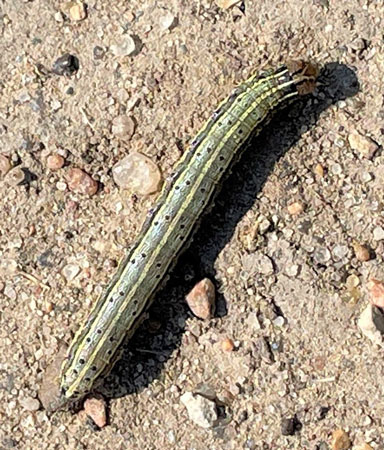 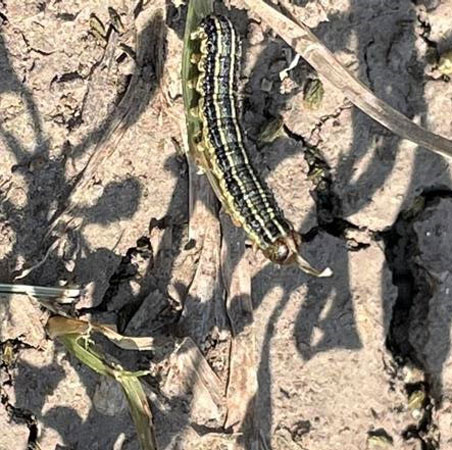 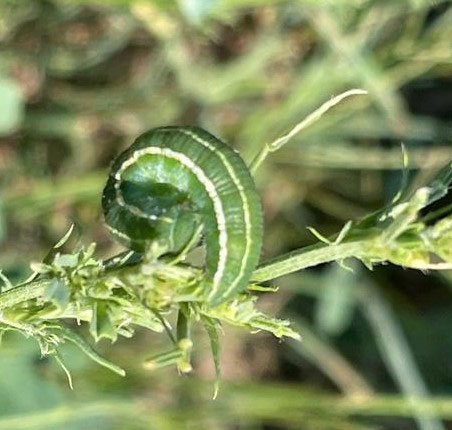 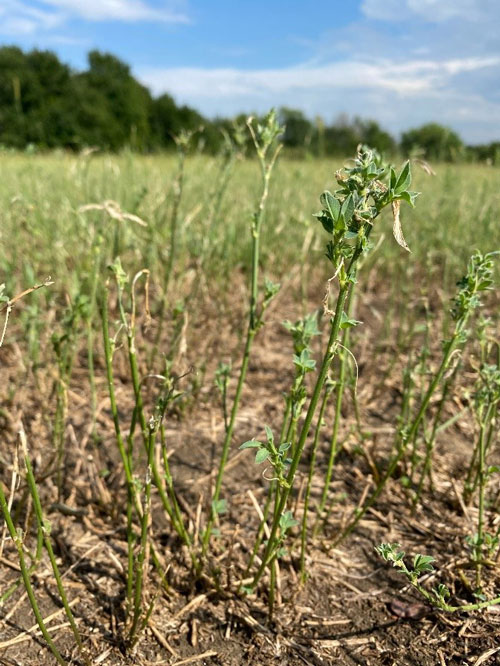 Regardless of which larval species, it is apparent that the majority of the larvae are relatively mature and thus will be/or are pupating soon. Pupation will probably take 4-5 days, then the adults will emerge, mate, and start depositing eggs. These eggs will hatch and then in 4-7 days the new, but very small, larvae will start the feeding process all over again. Armyworms will attack mainly grasses, i.e. brome, late-planted sorghum, wheat, etc. Alfalfa caterpillars will mostly stay in alfalfa or soybeans, before they get too mature, and fall armyworms may feed on just about any crop. However, sorghum should only be susceptible to "headworms" from flowering until soft dough.

All three species may have at least one more generation, if not more, until a hard freeze puts a stop to them. The most important point is to keep scouting your field to identify their presence before significant damage, thus avoiding large yield losses. 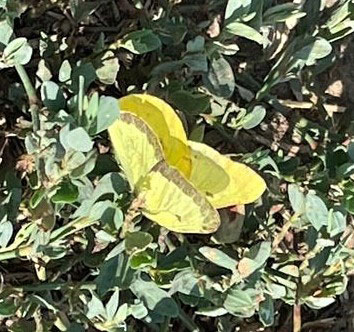