For the week of March 25-March 31, average weekly soil temperatures at 2 inches among crop reporting districts ranged from 43oF to 54oF (Figure 1). Differences can be quite large, based on local soil moisture, residue, and soil types. For instance, the weekly average at Hill City is 50oF, while it is 44oF at the Sheridan mesonet. 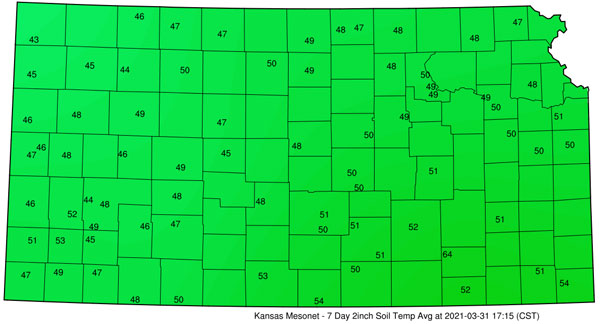 Average air temperatures ranged from 44oF to 51oF, with the coolest temperatures in the northwest and the warmest in the southeast (Figure 4). 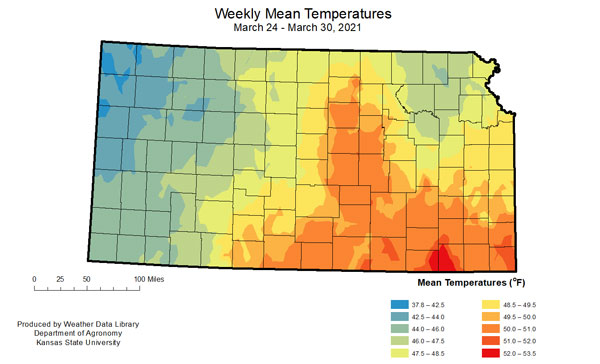 Projections for the coming weeks call for warmer-than-normal temperatures statewide (Figure 5). In addition, less moisture than normal is expected, with next week expected to be dry (Figure 6). This will speed the process of warming up the soils (Figure 7). 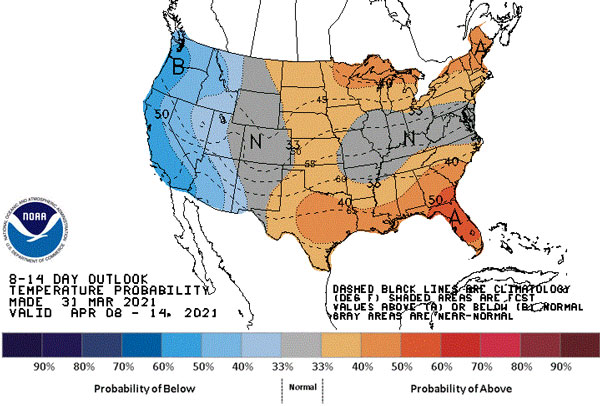 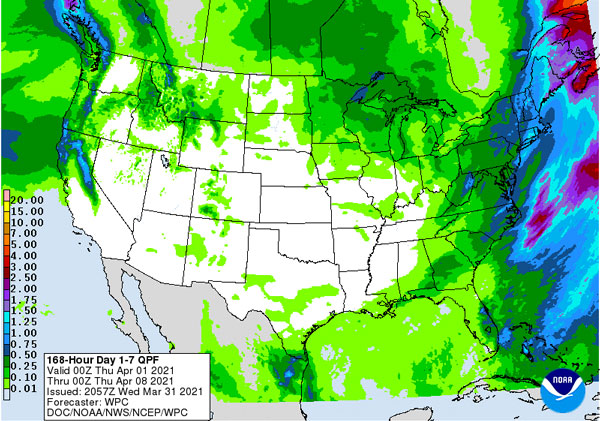 The actual change in soil temperatures in any given field will be affected by amount of residue cover, soil moisture, and landscape position. Wet soils under a no-tillage system will be slower to warm. Dry soils will fluctuate more rapidly, matching air temperatures, particularly if skies are clear. 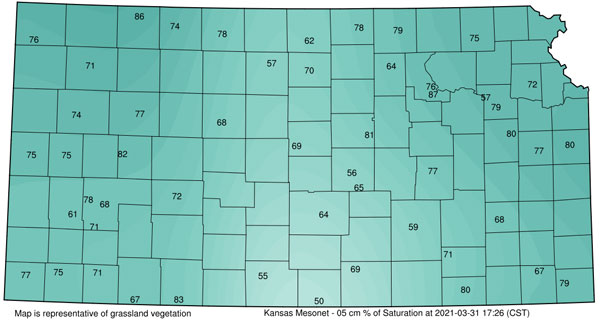 Current moisture status across Kansas is moderately wet, with the largest departures in precipitation in the southwest corner (Figure 8). Projections for the start of April are for precipitation to be below-normal for most of Kansas (Figure 9). 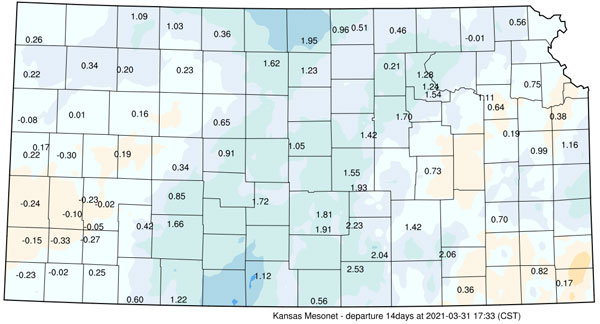 Figure 8. Departure from normal precipitation for the 14 days ending March 31, 2021. 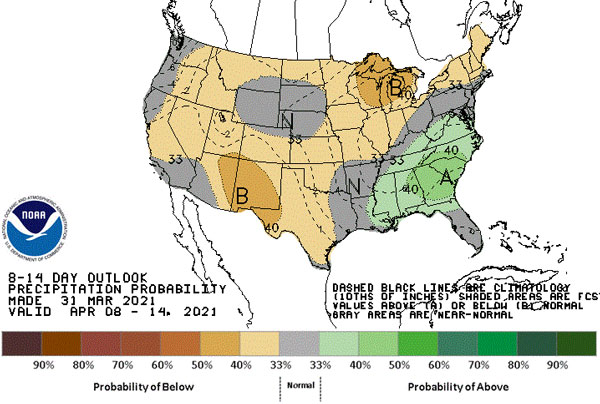 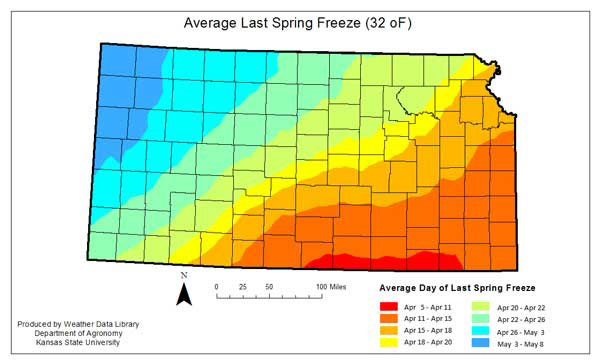