Why do we need to inoculate soybean?

Soybeans are big users of nitrogen. For example, a soybean yield of 60 bushels per acre requires 300 lbs N per acre in the plants, removing about 3-4 lbs of N per bushel of seed (Figure 1). Most of the N required by a soybean plant is supplied via biological nitrogen fixation that takes place in nodules on the soybean roots. The nodules, when well established, can provide from 40-80 percent of the soybean plant’s N needs for the year. The actual contribution of biological N fixation to the N requirement of soybeans can be influenced dramatically by the amount of residual or mineralized N available in the soil profile or by stress conditions affecting the plant such as drought and heat, inhibiting N fixation due to the cost of maintaining the N fixation process. 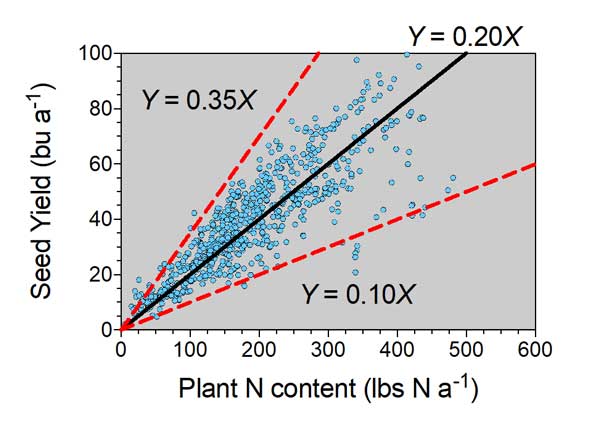 Yield responses to inoculation have been quite variable in Kansas and other surrounding states. However, the cost of buying pre-inoculated seed, or inoculating the seed or soil yourself, is low and the potential yield loss from poor inoculation can be significant unless available soil N levels are high. 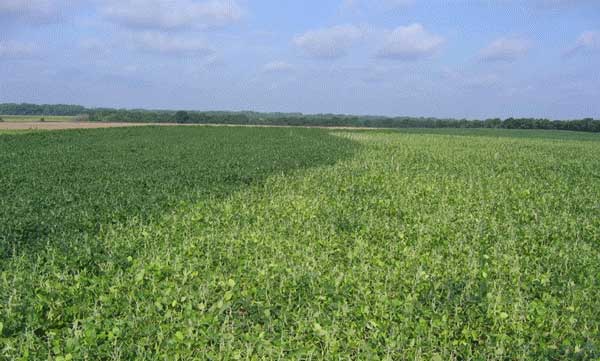 Even on fields with no history of soybean production, inoculation may increase nodulation but still have no effect on yields – especially if the yield environment is low and soils have enough available N to supply the crop’s needs (Figures 4 and 5). 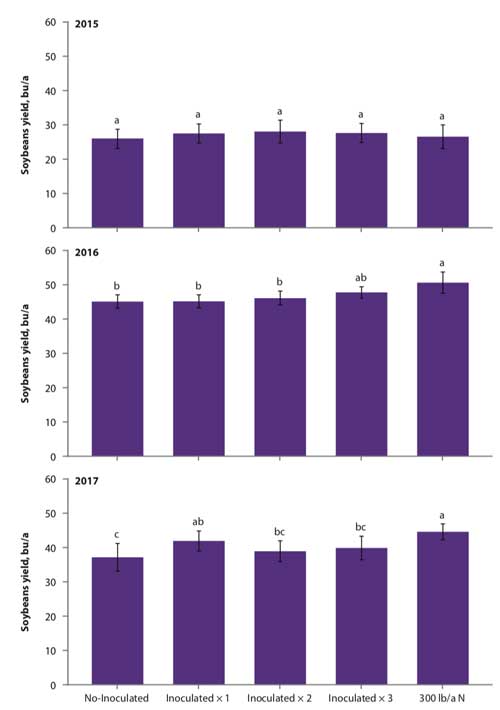 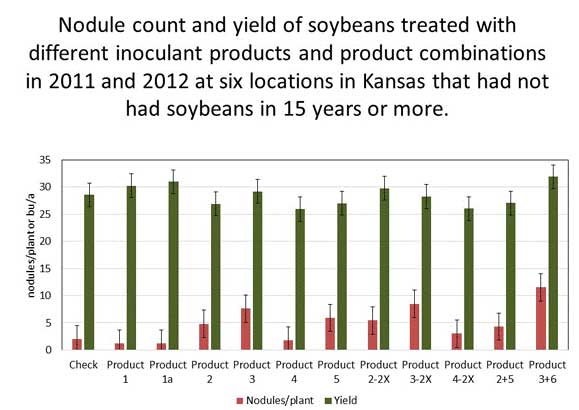 Yield response to inoculants can also depend on soil pH, environmental conditions, and other factors. For instance, if lack of precipitation limits yields to less than 30 bushels per acre, poor nodulation may not impact yield. However, if rainfall is favorable, and yield potential is greater than 90 bushels per acre, poor nodulation could result in a substantial N deficit and reduced yield.

Soybeans should be inoculated in the following circumstances: 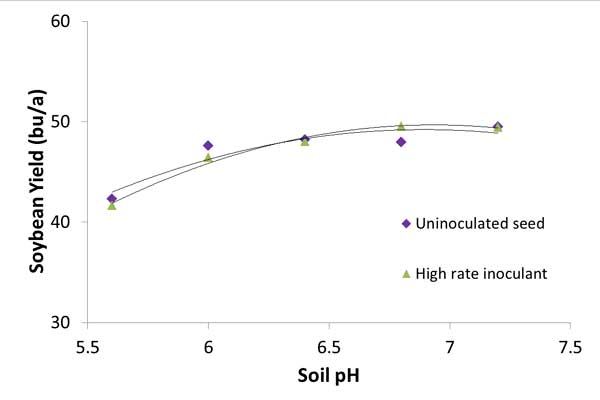 Figure 6. Lower pH levels reduced soybean yields in this research by K-State agronomists Doug Shoup, Dan Sweeney, and Ignacio Ciampitti. In this research, inoculation had no significant effect on yields. This field has beans in the rotation every other year, so a response to inoculation isn’t necessarily expected.

Based on previous information, inoculation is usually effective when: