The wheat in most parts of the state will be moving through the jointing stages of growth during the next few weeks. Symptoms of barley yellow dwarf and wheat streak mosaic often become more evident during this period of rapid growth than at earlier growth stages. In general, these diseases cause a yellow discoloration of plants that can be confused with nutrient deficiency or environmental injury. The distribution of the affected plants within a field, the position of the discolored leaves on plants, and patterns of symptoms on the leaves can help distinguish these diseases from other disorders.

Viral diseases, such as barley yellow dwarf and wheat streak mosaic, tend to occur in patches within affected fields. Barley yellow dwarf is most commonly found in small patches randomly scattered within a field. Wheat streak mosaic often is more severe on the edges of a field closest to volunteer wheat. The size and distribution of these diseases are ultimately determined by the feeding activity of the vectors (aphids or mites) that spread the viruses.

The symptoms of barley yellow dwarf and wheat streak mosaic are most intense on the upper leaves of infected plants. In contrast, nitrogen deficiency symptoms are more severe on the lower leaves and sulfur deficiency symptoms occur uniformly throughout the plants. The upper leaves of plants infected with barley yellow dwarf are normally bright yellow (Figure 1), but some varieties may also have a red discoloration. This discoloration is more intense near the tip of the leaf than at the base, giving the leaves a flame-like appearance. Plants infected early in their development are often slightly shorter than healthy plants.

Wheat streak mosaic also causes a yellow discoloration of the upper leaves but the affected leaves have a more streaked or blotchy appearance (Figure 2). Plants infected with wheat streak mosaic may be dramatically shorter than healthy plants and often have a more prostrate growth pattern.

The diagnosis of these viral diseases can be a challenge in the field, but they can be reliably distinguished by laboratory testing. You can get help with the diagnosis by sending suspect plants to the Plant Disease Diagnostic Lab at Kansas State University. Your county Extension office can help you send plants to the diagnostic lab, or you can send them directly to the lab yourself.  Instructions for sample submission can be found online at: http://www.plantpath.ksu.edu/p.aspx?tabid=725 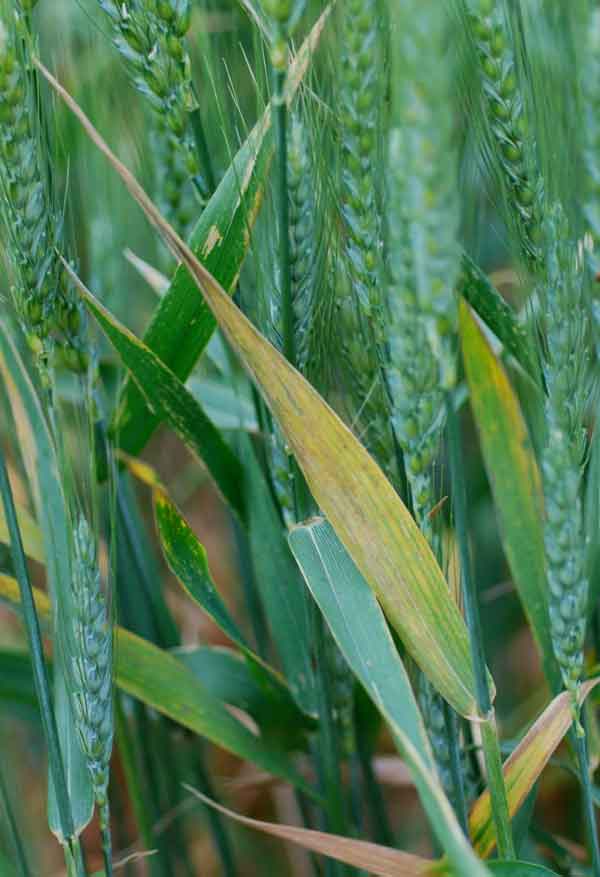 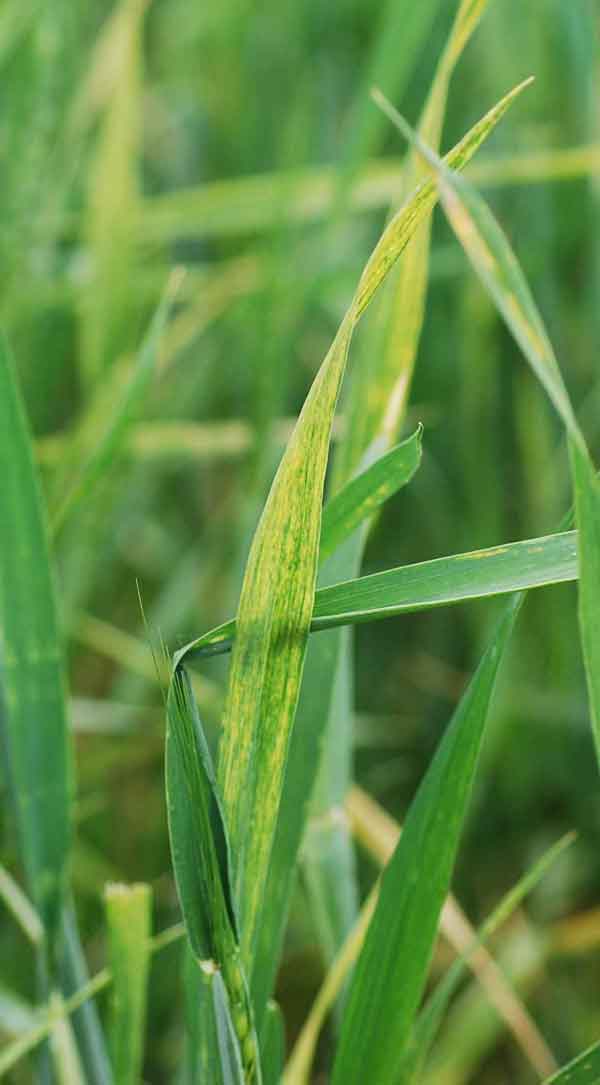