As we look toward harvest in parts of the state, we wanted to provide some reminders about diseases that may affect either grain quality or the viability of grain that is destined to be saved for seed. At this point in the season most disease management decisions have been made, but there are some strategies for mitigating losses on heavily infected fields. Additionally, decisions can be made about variety selection and seed preparation for next season.

We have been seeing Fusarium head blight in several parts of Kansas where wet weather was present during and after flowering. This disease (Figure 1) can lead to lightweight, damaged kernels which may contain the mycotoxin deoxynivalanol (DON) (Figure 2). DON is sometimes referred to as “vomitoxin” because it can lead to vomiting and feed refusal in animals. Fields known to have high levels of Fusarium head blight should be harvested separately from fields that are unaffected. It may be prudent to harvest infected fields as early as possible to avoid further accumulation of DON in grain. Producers should carefully consider if they want to blend seed from infected and uninfected fields, as this may result in reduced quality of uninfected grain. Research has indicated that adjusting combine fan speeds may help blow out lightweight Fusarium damaged kernels. Fan speeds that are too high, however, may remove too much healthy grain as well. Additionally, blowing out scabby kernels may increase levels of this pathogen in the field for subsequent seasons and may increase the chance and abundance of volunteer wheat. If you are considering saving back seed from affected fields, seed should be professionally cleaned. If seed from fields with Fusarium head blight is saved, a seed treatment may help improve emergence. Fusarium head blight is not seed transmitted, however, so infected seeds themselves will not result in head bight problems in the subsequent season. 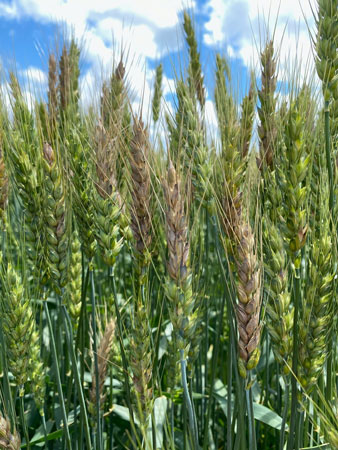 Figure 1. Symptoms of Fusarium head blight (head scab) appear as bleached spikelets anywhere on the head, and will spread through the head when conditions are favorable. When there is high humidity, salmon colored fungal structures can be seed some infected heads. Photo by Kelsey Andersen Onofre, K-State Research and Extension. 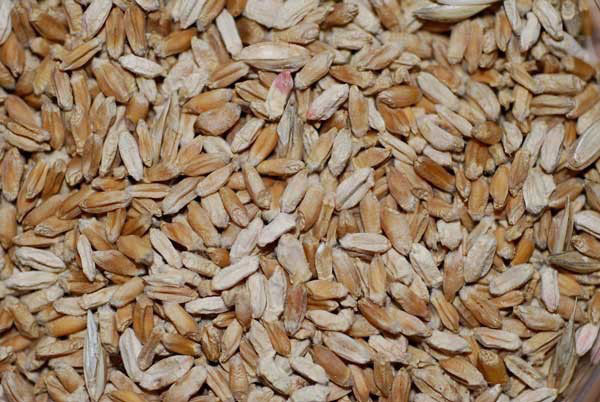 We have scouted many fields with loose smut this year across Kansas. Loose smut can be easily identified by masses of black spores that appear on heads in place of spikelets (Figure 3). At this point in the growing season, most of the black, powdery spores are gone, leaving only the central stem of the head (rachis). Individual heads with loose smut will not produce any grain. Earlier in the growing season, spores from infected heads may spread to neighboring plants and infect developing seed. Cool, wet weather during the flowering period this season was favorable for spread of this disease. Although this disease will not affect grain quality in the current season, the disease can persist within the infected kernels if the grain is saved for seed. The best option for control of grain being saved for seed is the use of a fungicide seed treatment. Coverage is key to ensure success of the treatment. More information about wheat seed treatment options can be found in this K-State wheat seed treatment publication: https://bookstore.ksre.ksu.edu/pubs/MF2955.pdf. 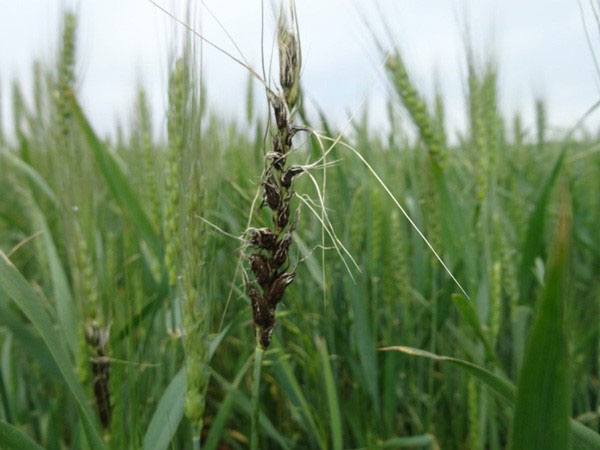 We know that last year there were higher than normal levels of common bunt in parts of the state. This is a disease that is nearly impossible to detect within the field when levels of the disease are low. This disease can be from infested seed or from the soil surface. Infection occurs in the fall when wheat germinates but does not present symptoms until grain fill. Kernels infected by common bunt are dark and discolored and are filled with black spores called teliospores (Figure 4). Teliospores can be released when wheat is harvested and can release a foul odor. Heavily infected fields can have reduced grain quality and yield. Very smutty grain can be discounted. The best way to manage common bunt is to purchase certified, fungicide treated seed or to have saved seed commercially cleaned and fungicide treated. 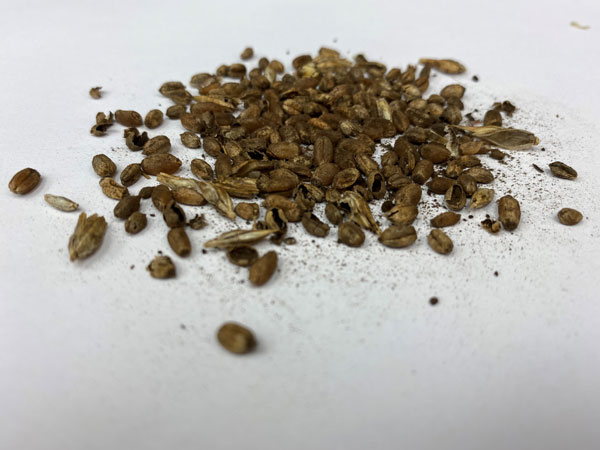