Grain sorghum is in various stages of flowering in the southwest right now. Once flowering begins, growers might want to keep an eye out for sorghum midge. Historically, sorghum midge has not been a significant pest in Kansas and has been primarily observed in the southeast portion of the state.  However, in the last several years, there have been localized outbreaks in the south central and southwestern portions of the state. Growers that had issues in previous seasons should pay close attention to their fields as it is unclear if this pest is going to start playing a bigger role in our annual sorghum pest line up. Sorghum growers in these regions are encouraged to scout for sorghum midge this year.  If midges are observed, sharing that information with your local extension specialists would provide useful information as to the distribution of the midge during the 2021 growing season.

To scout for sorghum midge, carefully observe a flowering head while the anthers are still bright yellow and look for tiny red flies on and around the flowers (Figure 1). The best time of day to do this is in the morning before the afternoon sun and wind pick up. Midges are delicate fliers and do not live more than 48 hours. Alternatively, you can use a clear plastic bag to scout. To use the bag, place it over the flowering head and shake the bag. Keeping the bag on the flowering head, look to see if any midges fly up and collect inside at the top of the bag. Later in the season as heads mature, growers can scout for evidence of midge damage as well. The damage will appear as blank zones on the flowering heads (Figure 2). In these blank zones, the grains never formed because the midge larvae consumed the seeds while they were developing; the area where a mature seed should be will be relatively flattened. Be careful not to mistake bird damage for midge damage. Bird damage will have more of a “blasted” look (Figure 3). 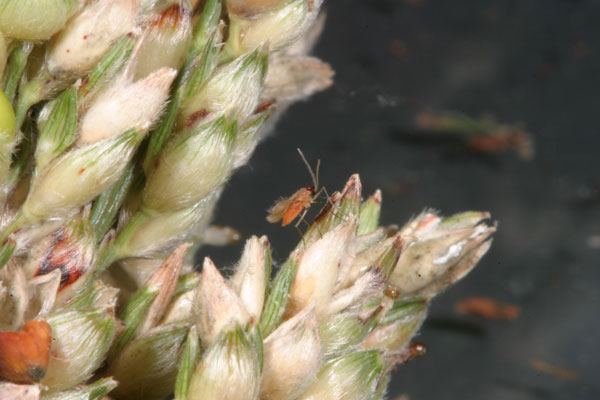 Figure 1. Close-up of a sorghum midge on a flowering sorghum head. Photo by K-State Extension Entomology. 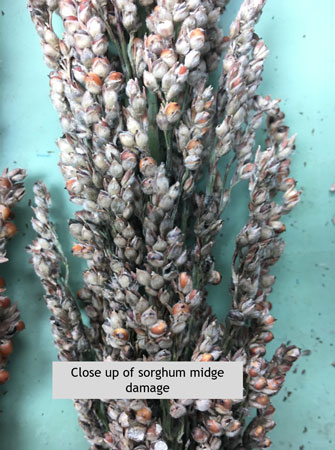 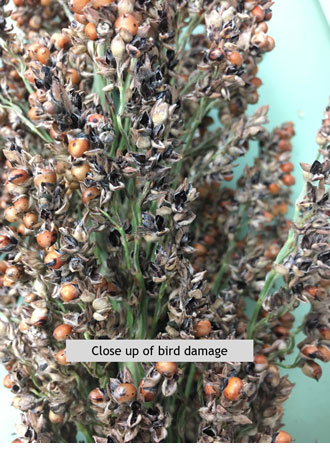 Figure 3. Bird damage on a sorghum head. This damage can be mistaken for midge damage. Bird damage will give the sorghum head a "blasted" appearance. Photo by Anthony Zukoff, K-State Research and Extension.

Sharing reports of damage would be useful while we track this pest. At the time of this writing, midge has not been observed on any sorghum flowers so far in the Garden City area. However, sorghum midges were collected in the area from flowering Johnsongrass (another host) on July 1.