In general, wheat diseases had a lower-than-average impact on yields in 2020. The most widespread disease was stripe rust (Figure 1), affecting most wheat-producing counties across the state. Although stripe rust was found in many fields, levels remained trace in most areas. Stripe rust was first reported in Kansas in late April in Sedgwick, Reno, and Pratt counties. These first reports were two weeks later than in previous years, which may have contributed to lower overall levels of disease. 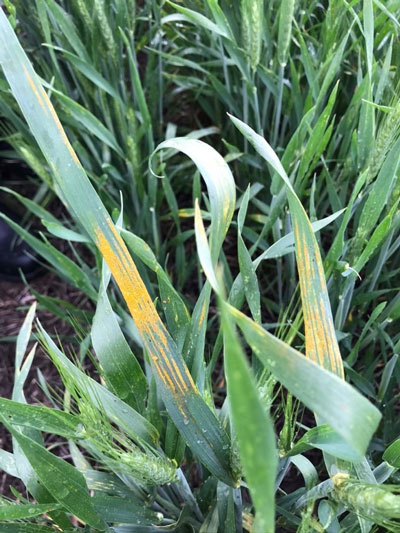 After harvest, we received many reports of common bunt (Figure 2) throughout south central Kansas. There were some reports of price discounts. Levels of this disease were estimated to be the highest in the state in the last decade. Common bunt spores survive on the surface of seed, and sometimes in the soil, and infect wheat during emergence. Symptoms are typically not visible until harvest. 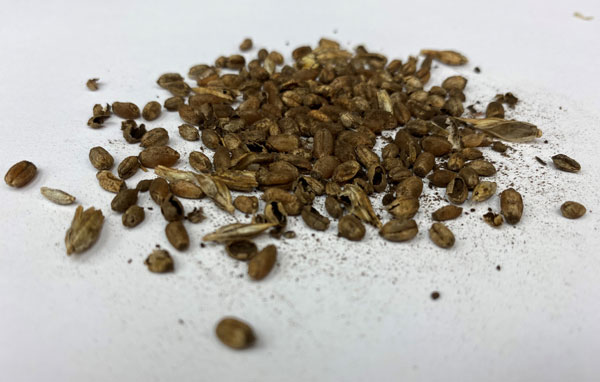 Loose smut (Figure 3) was also more widespread in 2020 than in previous years. High levels of loose smut were likely due to cool, wet conditions during flowering in 2019. Yield loss due to loose smut is directly proportional to the number of infected heads in a given field. Fungicide seed treatments or the use of certified seed are good options to manage loose smut. 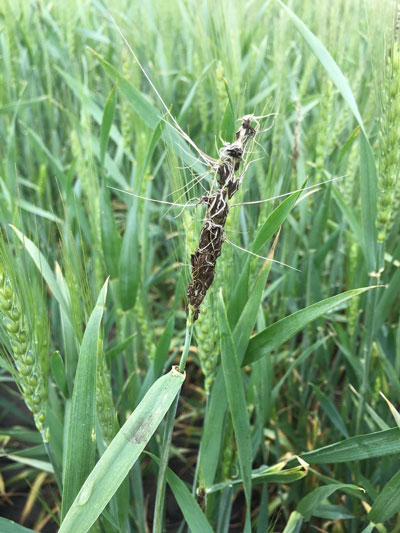 Fusarium head blight (Figure 4) was present throughout central and southeast Kansas, although levels were lower than in previous years. Lower-than-predicted incidence of Fusarium head blight in 2020 may have been due an extended period of dry weather after flowering. 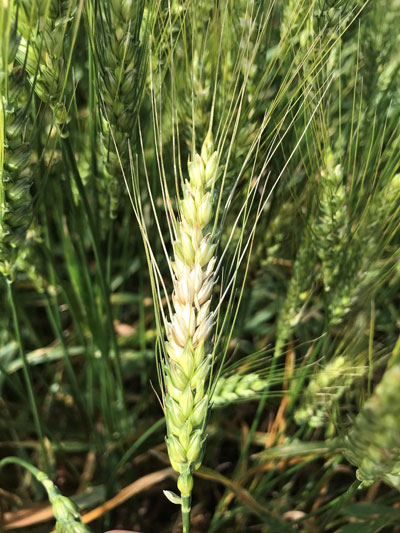 The complex of wheat diseases that we sometimes refer to ‘leaf spotting diseases’, including Septoria leaf spot, tan spot, and Stagonospora leaf blotch, were present in pockets throughout central Kansas (Figure 5). Fields with the most severe infections in 2020 tended to have high levels of wheat residue and high moisture prior to flowering. 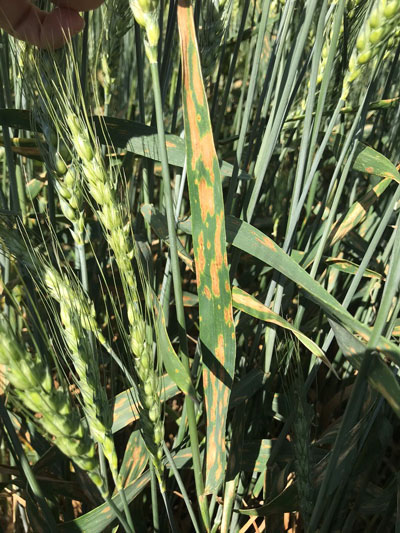 There were also several reports of wheat streak mosaic virus (Figure 6) in 2020, mostly in the central and western portions of the state, although levels were lower than in recent years.