After considering the effects of genetic yield potential and the environment, planting date is one of the primary management practices under the farmer’s control that can highly influence soybean yields. In recent years, Kansas producers have been planting soybeans slightly earlier -- at the rate of about one-third-of-day per year. The past growing seasons, however, the “50% planting date” mark was achieved at a similar time (first week of June) statewide – with exception of 2019 that was marked by extremely wet conditions that resulted in late planting.

Soybeans can be planted over a wide range of dates (Figure 1, upper panel) with adequate soil moisture conditions, although germination and emergence could be reduced and/or delayed in cool soils (less than 60°F). The recommended maturity varies across Kansas by area (Figure 1, lower panel). 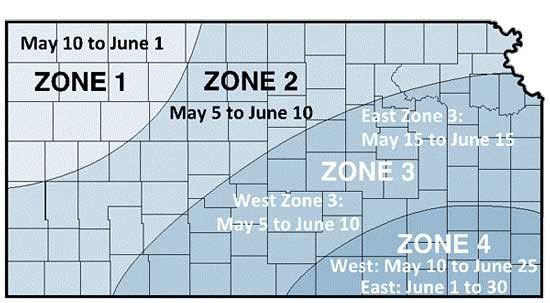 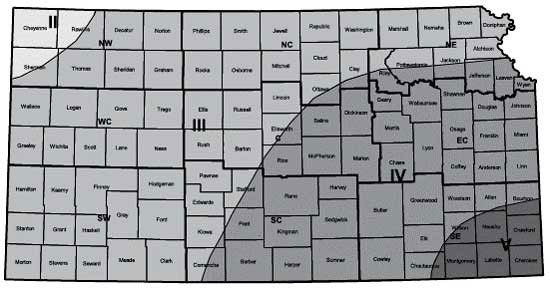