The 2021-2022 winter crop season is shaping up to be one to remember for wheat and canola growers. From mounting precipitation concerns to rapidly fluctuating temperatures, one would think that the deck is stacked against this year’s winter crops.

Recent observations indicate the majority of the canola crop survived the winter but soil moisture depletion is causing the crop to struggle along. A change in weather systems could breathe new life into the crop but time is of the essence as we move into full flower and pod set.

To better understand how the current drought conditions are impacting canola, we think back to establishment conditions last fall. Low soil moisture in the planting zone made establishment challenging across most of Kansas. Canola is a crop that needs to emerge right away to attain adequate top growth going into the winter. Fortunately, rains in October, coupled with warm temperatures, allowed the crop to emerge somewhat later than normal.

Winter temperatures in 2022 were colder on average in January and February compared to last year. Figure 1 shows the daily low temperatures from October to mid-April for Manhattan the past two growing seasons. We all remember the extreme cold that took place the days surrounding February 16, 2021. One would think that such an event would have a major impact on winter survival. However, last year very little winterkill was observed because the bitter cold happened at a time when the crop was most tolerant to cold and there was light snow cover present. As you can see in Figure 1, there were multiple days with low temperatures reaching the single digits in 2022. The cumulative effect of these lower temperatures had a great impact on the current crop. 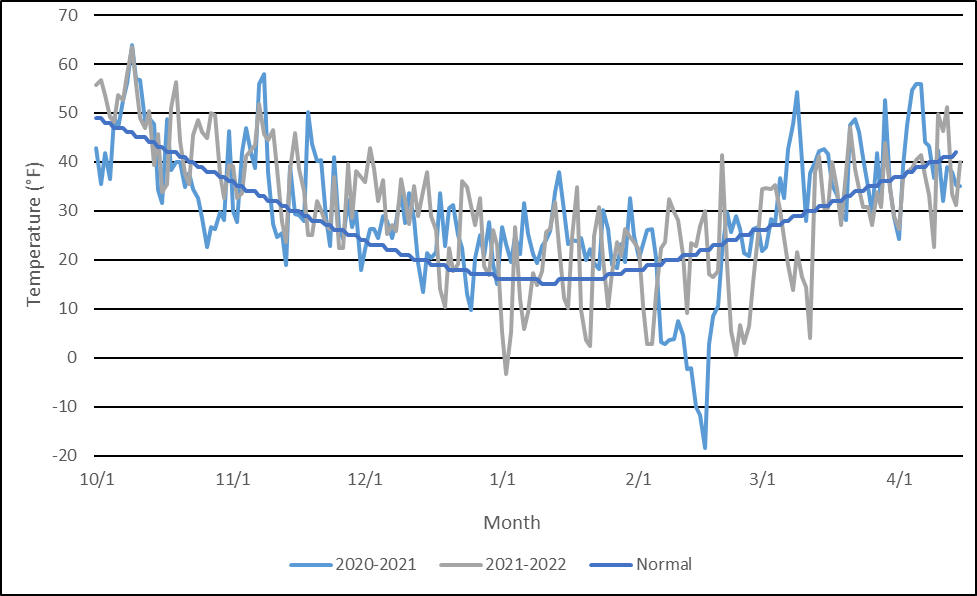 Figure 1. Low temperatures near Manhattan, KS for the fall and winter months of the 2020-2021 and 2021-2022 growing seasons. Data courtesy of the Kansas Mesonet.

What was the effect? These low temperature caused a significant reduction in the amount of above ground biomass. Figure 2 illustrates this loss of leaf area. In simple terms, canola yield and leaf area work hand-in-hand. Typically, in the years where we carry the most leaf area through the winter we see potential for higher yields. In the years where we lose most of the fall leaf area we can often see lower yields. The drought on top of this has not helped the situation. We didn’t see much recovery of leaf area this spring as the crop jumped into survival mode, meaning it rapidly moved to bolting to attempt to survive the current dry conditions. 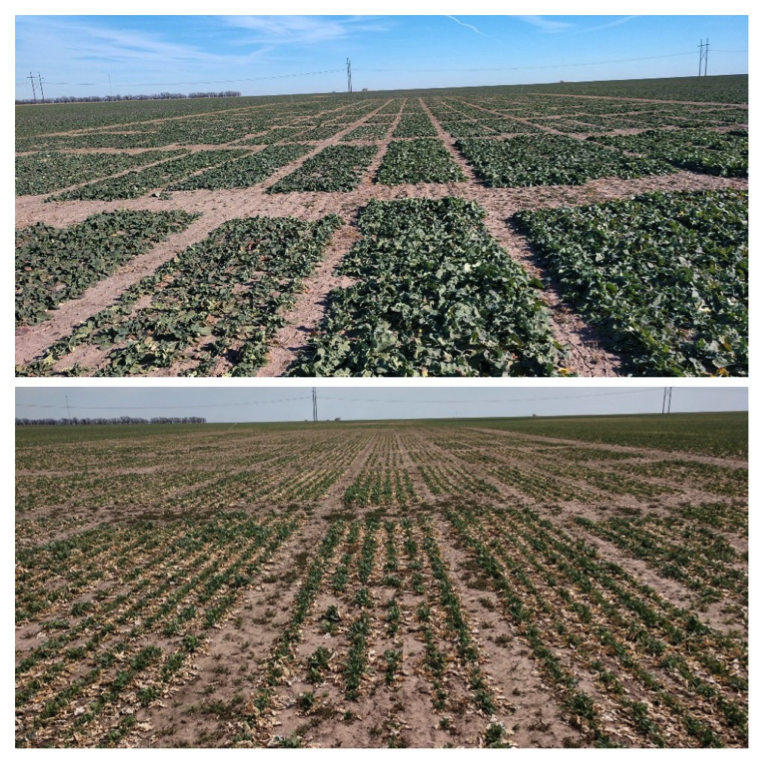 Figure 3 shows drought-stricken plots near Manhattan. The plants on the front and the back ends of the plots have much more leaf area compared to the plants within the plots. This is a result of there being less competition next to the alley. This “saddling” effect is quite common in drought years. Plants in the center of the plots lack adequate biomass and have lower yield potential. 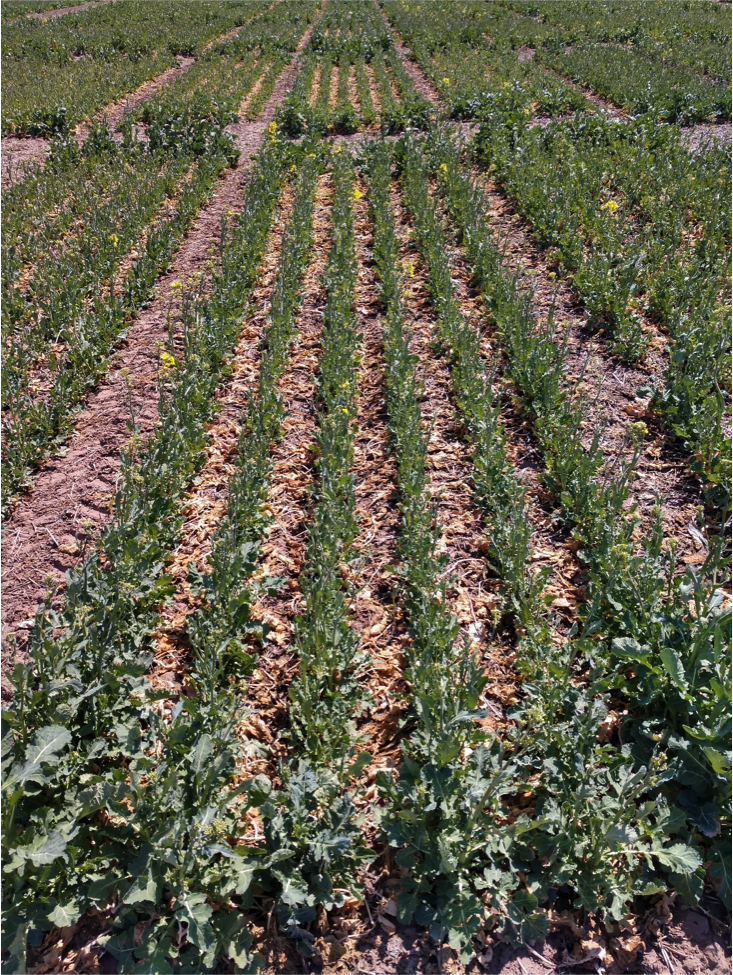 Canola has entered the time of peak water demand, which is flowering through early pod fill. What might happen if conditions improve? Since winter canola is an indeterminate crop, adequate precipitation may induce budding at growing points along the main stem. If time allows for these buds to produce viable flowers and pods, then yield recovery could be expected. However, if we find ourselves deep into pod fill and the crop begins to mature, late rains may induce a secondary bloom, which we don’t want. Producers familiar with canola may remember a similar situation in the mid-2000s where late rainfall caused a secondary bloom on drought stricken canola. Having a crop at two different growth stages (mature and flowering) can make harvest timing more challenging.

One positive through the spring is that we have not seen winter decline syndrome become a widespread problem. This happens when the crown is damaged overwinter and internal decay causes the main stem to weaken at the soil surface. The symptoms of winter decline syndrome (lodging, rotten stems, wilted plants) have only been observed sparingly, providing good indication that stem damage may not have been prevalent even though conditions were favorable for its development this year. Lodging is the primary concern for a weakened canola stem.

Only time will tell how well the current canola crop will yield. We’ve seen the resiliency of canola carry it through challenging weather conditions before, and one significant rainfall event can change the narrative rather quickly.