Having more than the recommended number of plants per acre results in fewer fertile and productive tillers and thinner stems, which will reduce yield in the drier environments and increase susceptibility to drought. On the other side, thin stands can compensate for better-than-expected growing conditions somewhat by producing more and/or larger heads. However, under high-yielding environments, a higher final plant population will be needed to increase yields as much as possible (Table 1).

Planting date has some effect on seeding rates. Sorghum will tiller more readily in cool temperatures and less readily under warm conditions. As a result, later plantings in warmer weather should be on the high side of the recommended range of seeding rates for each environment since there will be less tillering. The potential for greater tillering with earlier planting dates makes sorghum yields more stable when planted in May and early June compared to late June or July plantings. 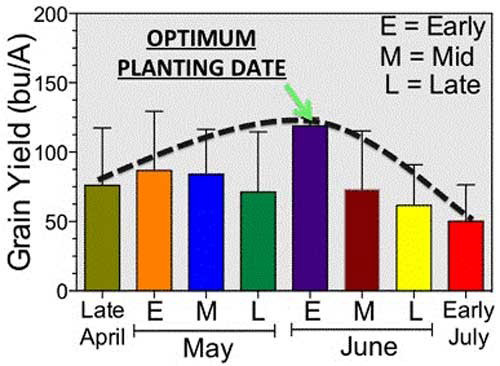 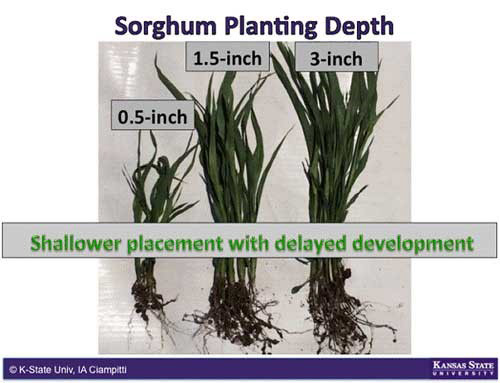 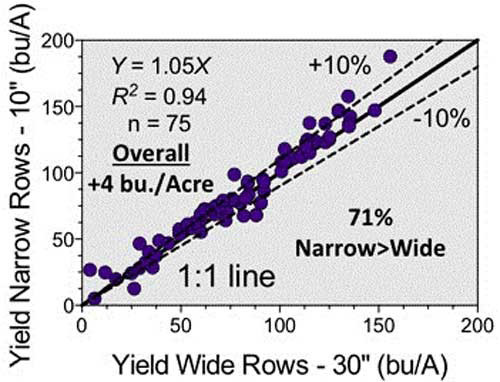