Rate of dry down in corn before harvest

The latest USDA-National Agricultural Statistics Service crop progress and condition report for Kansas classified near 50% of the corn crop as ‘good’ or ‘excellent’ condition. Overall, 28% of Kansas’ corn is mature with 16% harvested.

The weather conditions experienced from early-August to early-September are critical for corn as related to the grain-filling rate and determining final grain weight. Temperature and precipitation have split across the state, with cooler-than-normal conditions in the north central and northeast, while warmer conditions have dominated in the central and west (Figure 1a). Much of northern and eastern Kansas had excessive moisture; however much of the state had near-normal precipitation for the period (Figure 1b).

The weather outlook for September calls for an increased chance of warmer-than-normal temperatures with chances for above-normal precipitation. Much of this rainfall may have fallen already, which would favor a faster dry down rate than average. 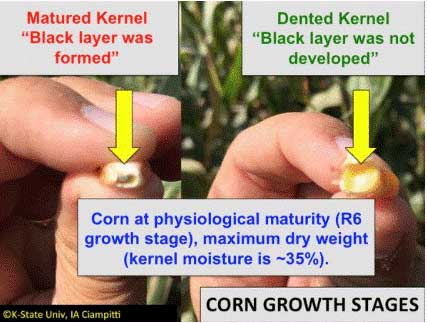 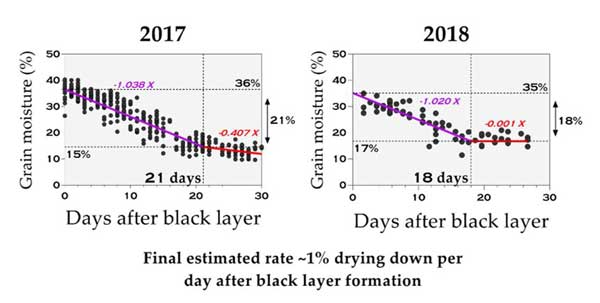 This project is expected to be expanded in the coming years to include additional corn producing regions and to consider other factors such as planting date, hybrid maturity, and diverse weather environments across the state. If you are interested in participating, please contact the researchers listed below.