Pros and cons of burning wheat residue before planting

If producers choose to burn their wheat stubble, timing is important. It’s best to burn as late as possible, close to the time of wheat planting. This minimizes the time that the field will be without residue cover and vulnerable to erosion of surface sealing. Before burning, producers should first check with the Farm Service Agency to find out if this will affect their compliance in any government farm programs. 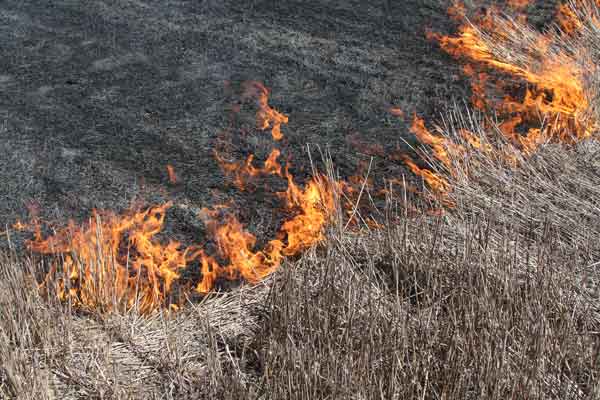 Advantages of a late-season burn:

Disadvantages of a late-season burn:

What about the effect of burning on wheat yields in continuous wheat, compared to tillage and no-till? Mark Claassen, former agronomist-in-charge at the Harvey County Experiment Field, conducted a long-term study of this since 1997. His results show the long term average yields are similar for all treatments, so burning neither helped nor hurt wheat yields.