Optimum sowing dates and seeding rates for wheat in Kansas 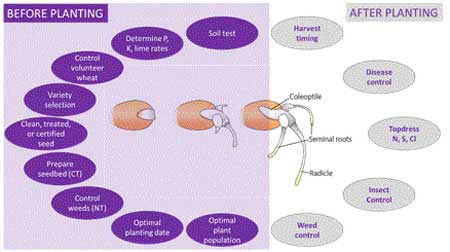 Optimum sowing date for winter wheat is quickly approaching for a large portion of Kansas (Figure 2). Depending on geographical location, optimum sowing window can start as early as September 10 and last until the end of September (northwest Kansas), or it can start as late as October 5 and last until October 20 (southeast Kansas). This gradient in sowing dates, with earlier dates in the northwest, is a function of temperature. Northern regions with higher elevations will have cooler air and soil temperatures earlier in the year as compared to southern regions. 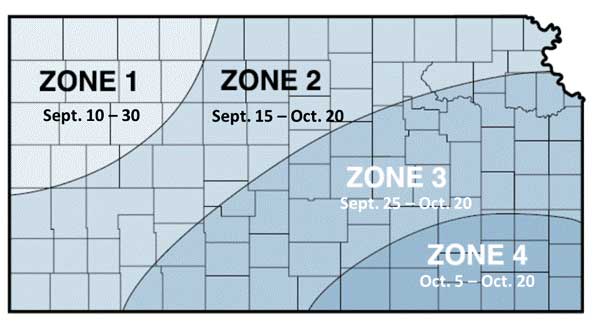 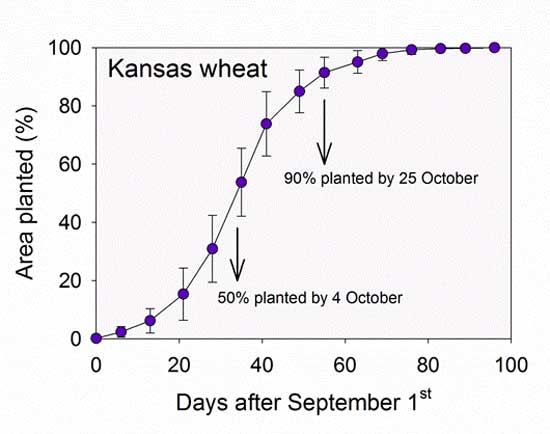 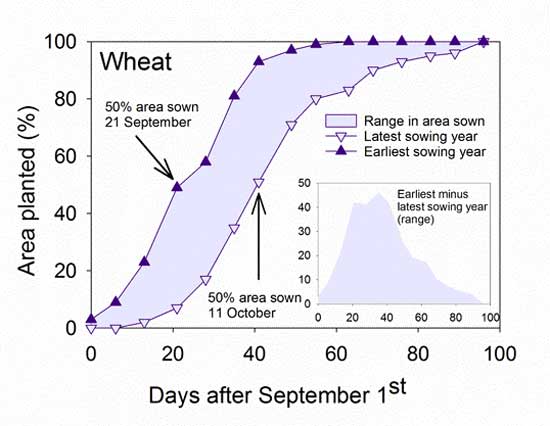 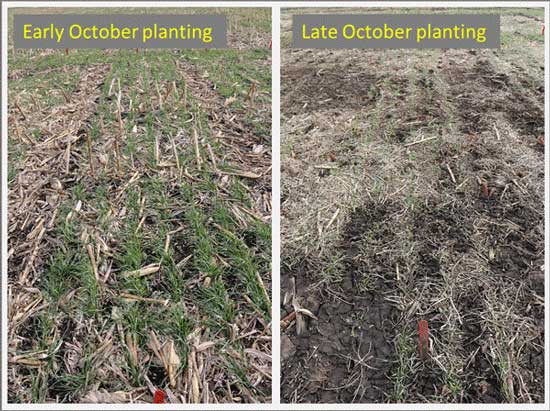 On the other hand, producers with a history of manure application and very high soil phosphorus and organic matter levels have been observing similarly high yields with reduced plant populations as higher plant populations when sowing towards the early side of the optimum sowing window. The reason behind this response is that high phosphorus levels and increased overall fertility resulting from long-term application of manure, coupled with a slightly early sowing, can increase the wheat tillering potential, decreasing the need for high plant populations. 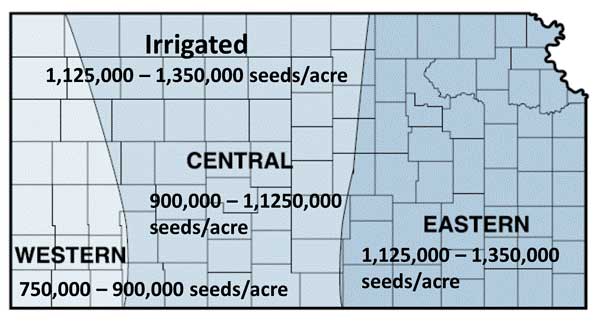