While it has continued to be wet in the east, the western and central parts of Kansas have been drier than normal. Soils in these areas have continued to dry out.

The outlook for September calls for continuation of that pattern with an increased chance of wetter-than-normal conditions across the state. The temperature outlook favors an equal chance for a warmer or cooler than normal pattern across the entire Central Plains. A normal or slightly below-normal precipitation pattern for September would be favorable in the eastern divisions, where saturated soils continue to present problems. Cooler temperatures would slow the normal drying pattern. While slightly cooler temperatures could reduce heat stress, it would also increase disease pressure.  Degree day accumulation will be the biggest concern; late planted crops are still lagging in maturity. 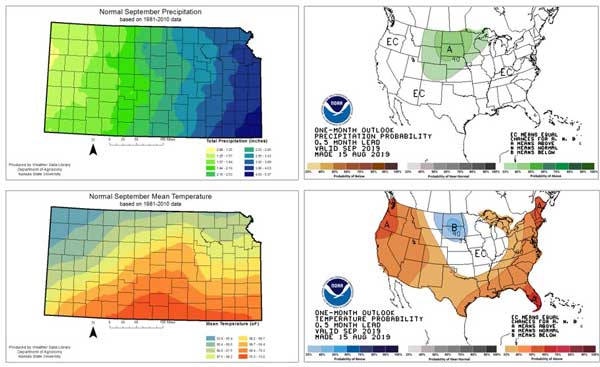 Figure 1.  September temperature and precipitation outlooks versus normal for Kansas (WDL and CPC).

As the outlooks are extended to the fall season, the temperature outlook switches to warmer-than-normal temperatures across the state. However, this does not indicate how those temperatures might be distributed. Another consideration is that average temperatures are on the downward slide towards winter – decreasing each day through September and October. With above-normal precipitation, surface moisture is abundant across the region. As a result, there will be increased evaporation at the surface which will inject additional moisture into the atmosphere. This additional moisture increases humidity and thus, the heat index as well. It will not take as much “heat” to make conditions feel unbearably warm and heat indices could be quite high despite cooler-than-normal temperatures. September normal high temperatures typically reach low-to-mid 80s for much of the state.

Chances of precipitation also fall in the equally likely distribution.  A slightly drier-than-normal fall, with well-distributed rains would be much more beneficial than a continuation of the rainy pattern.  Although harvest is likely to be later than usual, given the lateness of the crops, a dry pattern would allow for a more rapid harvest than last year. The western third of the state has drier soil moistures at the surface and would benefit more from average precipitation, particularly to establish the fall seed crops such as winter wheat and canola. With increased evaporation and atmospheric moisture, this would increase the likelihood of additional heavy thunderstorms and rapid rain rates across the region when rainfall does occur. Because of this, flooding risks will remain elevated for much of the fall even when dry periods develop between rain events.

The El Niño has been officially ended. This means other factors, such as antecedent conditions, the Madden-Julian oscillation, and placement of ridges will have more influence on how conditions develop. 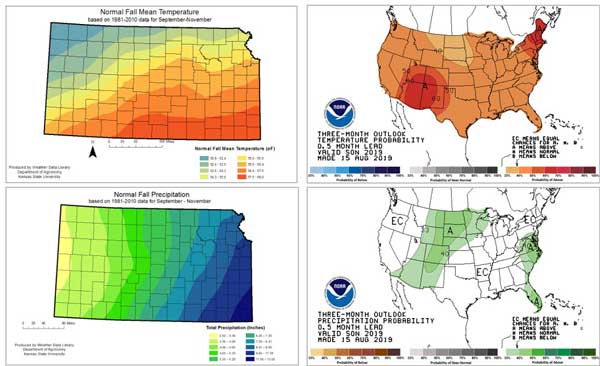