Is there any value to starter fertilizer on soybeans?

In many cases, corn shows a greater response to starter fertilizer than soybean. Part of the reason for that is that soils are generally warmer when soybeans are planted than when corn is planted. The typical response in early growth observed in corn is usually not observed in soybeans. However, yield response to direct soybean fertilization with phosphorus and other nutrients if needed in low-testing soils can be expected. 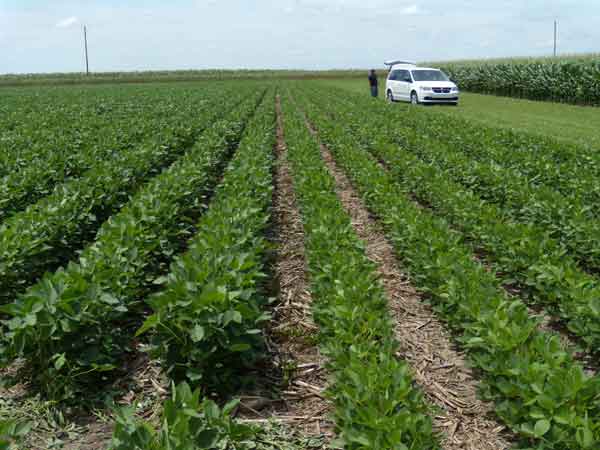