As with January, February had snowy weather both to begin and end the month. Overall, temperatures were much colder than average in the state. The preliminary statewide average temperature was 7.4 degrees cooler than average, and 2 degrees cooler than the January average temperature. That places it as the 13th coolest February of the past120 years. Coupled with the cooler-than-average temperatures in December and January, it makes this winter season the 14th coldest on record. The coldest reading in February was -16 degrees at Atwood and St. Francis on the 6th. The warmest reading was 80 degrees at Richfield  in Morton County on the 16th. All divisions saw lows below zero. 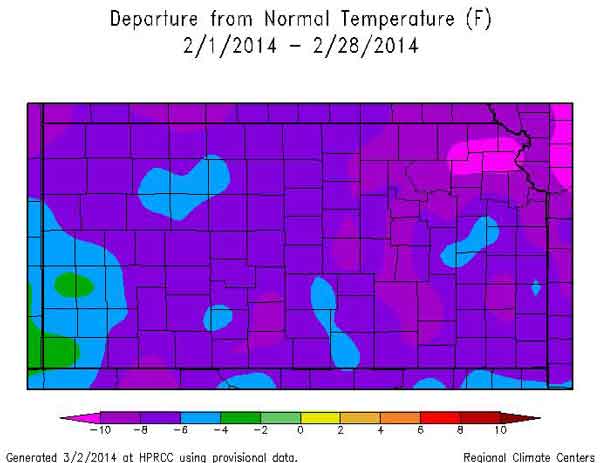 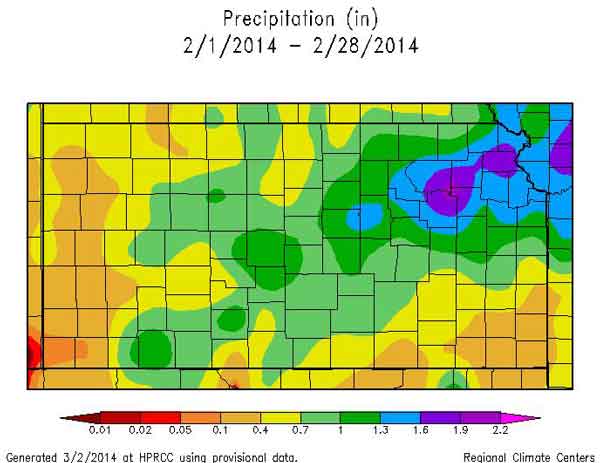 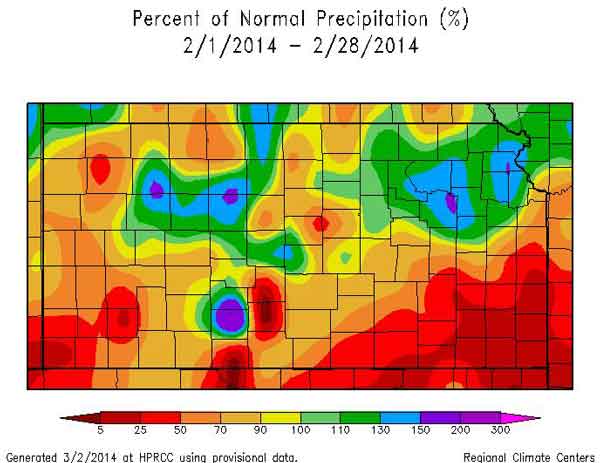 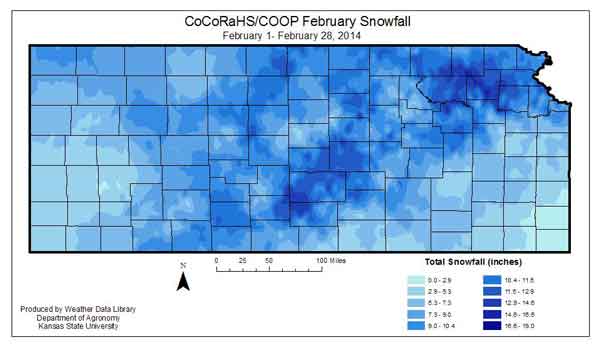 Drought conditions persist across the state. There was some slight improvement during February in the Northeastern Division, but moderate drought expanded in the South Central and Southeastern divisions. Almost 8 percent of the state was in extreme drought at the end of February, similar to the ending value in January. The latest Drought Monitor shows that extreme drought now covers 7.74 percent of the state, with just 4.14 percent of the state near normal. The latest Drought Outlook indicates drought conditions are expected to continue through May, although there might be some improvement in the Northwest and West Central areas of the state.

The El Niño/Southern Oscillation (ENSO) is expected to remain neutral through the Spring. That means the signal for increased Spring precipitation will also be weaker. The jet stream is expected to shift northward. For March chances are equally likely for precipitation to be above or below normal statewide. The temperature outlook calls for below normal temperatures across the Northeast, with equal chances for above or below normal temperatures across the remainder of the state. This does not indicate how much cooler conditions might be, and does not exclude the possibility of warm weather in the period.