Factors in determining the proper timing for prescribed burns

Smoke is in the air and the prescribed burning season has begun. Why do people burn and when should they burn? Dry weather and lack of fuel the last couple of years have made managers reluctant or unable to burn. Projections are that 2014 will be a big prescribed burning year. 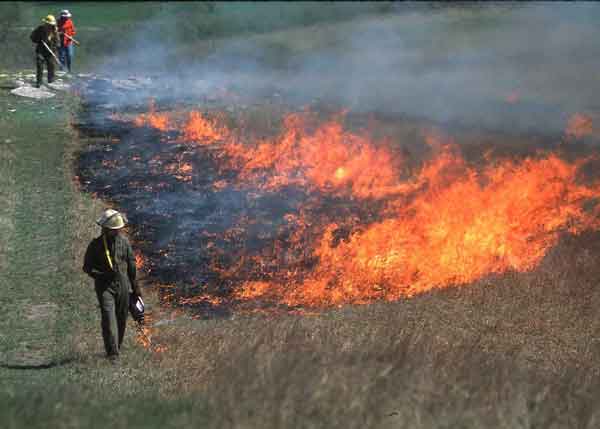 Many of the prescribed burns so far this year have occurred on cool-season grasses, such as tall fescue and smooth bromegrass. Cool-season pastures are generally burned by sometime in March and should have 1-2 inches of new growth before burning. At this stage, the plants are able to regrow quickly.

Warm-season range grasses will not start growing until later in the spring as air and soil temperatures increase. The time to burn native warm-season grasses depends upon your goals.  Increased stocker gains and brush control are normally enhanced by burning in the mid- to late-spring when the native grasses have an average of ½ to 2 inches of new growth. This usually occurs by mid- to late-April in the Flint Hills region, and early-May in northwest Kansas. Ideal dates may be shifted as much as 10 days earlier or later, depending on temperatures. Ideally, the soil profile should have adequate water at the time of burning and the surface should be damp.

Other reasons for burning include improved livestock distribution, wildlife habitat enhancement, maintenance of CRP stands, and conservation of native plant communities. Timing for these purposes is more flexible and can be done earlier. On ungrazed areas that have not been burned for some time, a benefit of prescribed burning is the removal of thatch and improved plant vigor. Burning of CRP needs to comply with contract stipulations with burning between February 1 and April 15 in the east and February 1 and April 30 in the west. Summer burns of CRP are also allowed between July 16 and August 31. These dates are set to avoid prime nesting season for many bird species. Wildlife managers prefer to have a mosaic of different aged burns across the landscape to enhance plant diversity and provide different habitat needs for the wildlife species they are trying to help.

Prescribed burning can also be done to prepare a seedbed. Burning prior to seeding will suppress existing sods and reduce competition such that new seedlings have a chance to survive. This has been a successful practice in adding legumes and broadleafs to CRP stands or in establishing a grass-legume mixture.

Another reason for conducting a prescribed burn is to reduce wildfire severity. Areas that have a tremendous buildup of fuel can be very dangerous under wildfire conditions. These burns can be done at any time, provided the conditions are safe and burning will accomplish your goal. 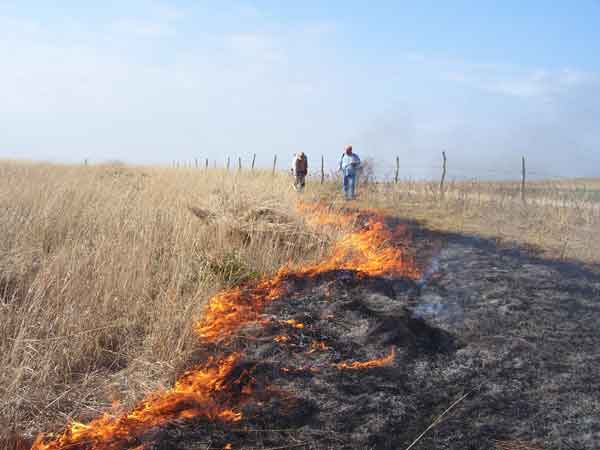 Figure 2. Burning areas with a heavy buildup of thatch and other fuels can help reduce wildfire severity.

Timing of the prescribed burn will affect species composition on grazed rangeland. Big bluestem, indiangrass, and switchgrass basal cover increase when the range is burned in late spring compared to unburned sites. The basal cover of little bluestem is normally maintained by late-spring burning.  In the tallgrass prairie area, late spring burning will generally maintain sideoats grama and buffalograss, but increase the basal cover of blue grama. Kentucky bluegrass seems to be decreased by burning at any time of the year.

On grazed tallgrass rangeland early burning reduces forage yield. There is no difference in forage yield between a late-spring burn and unburned range. Long-term research at the Konza Prairie Natural Research Area near Manhattan has shown that annual burning on ungrazed prairie in fall, winter and spring over many years does not reduce overall forage yields. Repeated annual burning in the spring does result in a gradual decline in the percentage of broadleaf forbs and cool-season grasses (in a warm-season grassland), and an increase in the percentage cover of warm-season grasses. When annually burned rangelands are grazed, this shift is not as pronounced and a greater mix of various grasses and forbs is maintained.

With no burning over the long term, the cover of woody plants increases by about 1 percent per year initially, but then accelerates such that prairie grasses and forbs can be completely displaced by 100 percent tree and shrub cover in less than 40 years.

The effect of burning on undesirable woody plants and forbs will vary, depending on the growth habit. In general, plants are more easily killed by burning when their growing points are aboveground, are unable to resprout from belowground, and their food reserves are at the lowest point.

Burning readily kills eastern red cedar, especially when it is less than 5 feet in height. It does not have buds that can resprout, so when this plant is defoliated, it dies. Larger cedar trees will not be killed by fire and must be cut at ground level to be controlled. 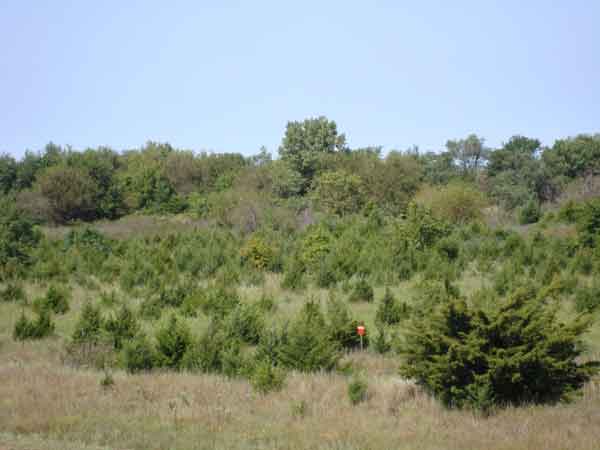 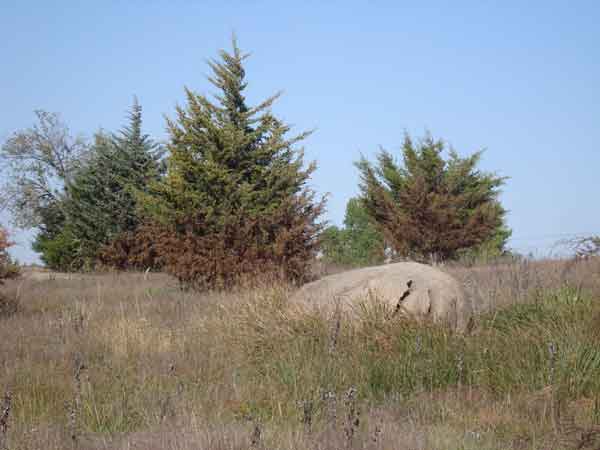 Figure 4. Only the lower limbs of large cedar trees have been damaged by fire in this case. The trees will survive.

Buckbrush (coral berry) or sand plum must be burned in late spring for 2 to 3 consecutive years for effective control. During late spring, these plants are actively growing and fire destroys the topgrowth. Regrowth is slow since its food reserves are low. Successive burns prevent buildup of food reserves and eventually kill the plant. Western ragweed and western ironweed are perennial forbs, which can also be reduced with two or three consecutive late-spring burns.

Smooth sumac has a life cycle similar to warm-season grasses in that it doesn’t reach the lowest point in its food reserves until late May or June. Burning in late spring will kill the topgrowth, but results in an increase in the number of stems that resprout from belowground buds. The net result is that smooth sumac will actually spread more rapidly as a result of late-spring burning.

Lack of moisture, high winds, and low humidity have made prescribed burning a difficult task thus far in 2014. Red flag warnings have been issued a number of times. Always contact your local authorities when planning to conduct a prescribed burn. Pay close attention to the weather forecast, not only the day of the burn, but the following day as well. Weather conditions can change and cause flare ups from fires previously thought to be contained or out. Visit ksfire.org for information related to prescribed burning, links to National Weather Service offices, and a model that predicts where your smoke will travel.