Well before reaching the end of the season, some are asking about the potential yield expected for their crops. In the August 2, 2013 Agronomy eUpdate, we discussed the calculation of the potential yield for corn prior to harvesting and how to get a simple but fairly good yield estimate (http://www.agronomy.ksu.edu/doc4358.ashx).

This article discusses how to estimate soybean yield potential. In contrast with corn, soybean can more easily compensate for abiotic or biotic stresses. The final number of pods is not determined with finality until close to the end of the season (R5 stage). In corn, the final kernel number is established after during the 2 to 3 week period after flowering. Thus, when estimating soybean yield potential, we have to keep in mind that the estimate could change slightly depending on the timing (growth stage when yield is being estimated) and the weather conditions. For example, wet periods toward the end of the reproductive period can extend the seed-set period, potentially promoting greater pod production and retention, and also larger seed size and heavier seed weight).

From a physiological perspective, the main yield driving forces are: 1) plants per acre, 2) pods per area, 3) seeds per pod, and 4) seed size. Estimating final yield in soybean can be a very tedious task, but a simplified method can be used for just a basic yield estimate. This method is based on an article by Dr. Shaun Casteel (Soybean Specialist, Purdue University). For details, see:
http://www.agry.purdue.edu/ext/soybean/News/2012/2012_0814SOYSimplifiedYieldEstimates.pdf

Is plant variability within the field an issue in soybean?

Variability between plants relative to the final number of pods and seed size needs to be considered when trying to get an estimation of soybean yields. In addition, variability between areas within the same field needs also to be properly accounted for (e.g. low vs. high areas in the field). Yield estimations should be made in different areas of the field, at least 6 to 12 different areas. It is important to properly recognize and identify the variation within the field, and then take enough samples from the different areas to fairly represent the entire field. Within each sample section, take consecutive plants within the row so as to have a fairly good representation.

The final equation for the estimation of the potential soybean yield using the conventional approach is:

The main difference between the “conventional” and “simplified” approaches is that the conventional approach uses the total number of plants per acre in its calculation; while in the simplified approach, a constant row length is utilized as to represent 1/10,000th area of an acre (Figure 1).

For the simplified approach, 21 inches of row length will be sampled in one particular area for 1 row if the soybean plants are spaced in 30-inch rows, for 2 rows if the spacing is 15 inches, and for 4 rows if spaced at 7.5 inches. 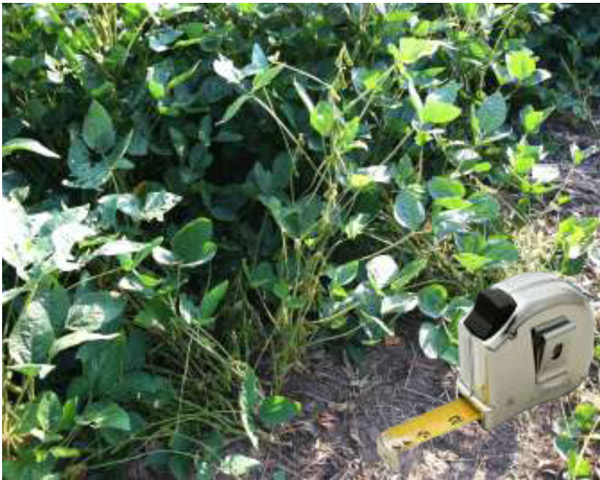 At narrower row spacing more rows need to be added up for representing the constant area (to equal 1/10,000th acre). This procedure should be repeated in different sections of the field to properly account for the natural field variability.

1) Total number of pods per acre

The total number of pods (Figure 2) within the sections that represent 1/10,000th of an acre should be counted. After counting all the plants, then a final pod number per acre can be determined. A similar procedure should be used in different areas of the field to get a good overall estimate at the field-scale. One good criterion is to only consider pod sizes that are larger than ¾ or1 inch long (Dr. Casteel). Smaller pods can be aborted from this time on in the growing season until the harvest. 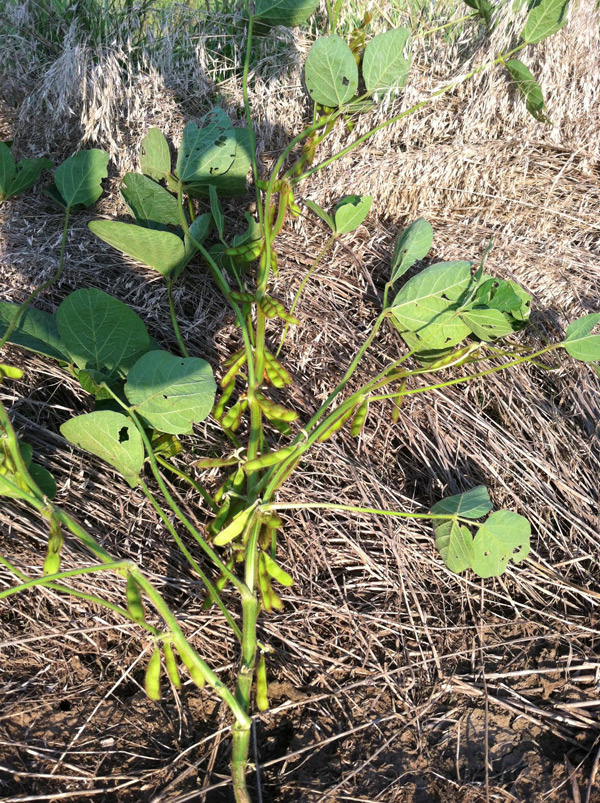 Figure 2. Total number of pods per plant (only consider the pod sizes larger than ¾ or 1 in). Photo by Ignacio Ciampitti, K-State Research and Extension.

2) Total number of seeds per pod

Soybean plants will have, on average, 2.5 seeds per pod (ranging from 1 to 4 seeds per pod), primarily regulated by the interaction between the environment and the genotypes (Figure 3). Under severe drought and heat stress, a pessimistic approach would be to consider an average of 1-1.5 seeds per pod. This value is just an approximation of the final number of seeds per pod, and can change from the time the estimate is made until the end of the growing season. 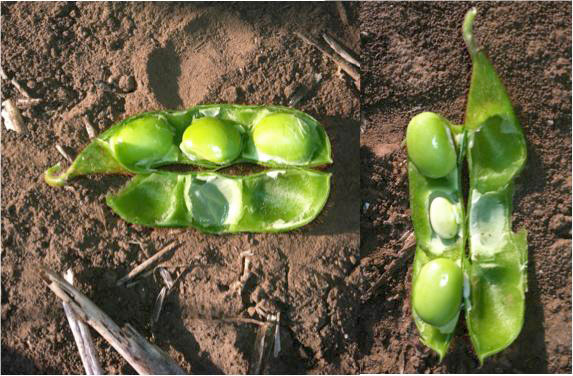 Seed size can range from 2,500 (normal to large seed weight) to 3,500 (small seed size) seeds per pound. This season, conditions are mostly favorable in Kansas for promoting large seed sizes. In more stressful years, such as 2012 and 2011, seed size is normally smaller, meaning a larger number for the seeds per pound (e.g. 3,500 seeds per pound). In the simplified estimation approach published by Dr. Casteel, you do not need to actually measure the number of seeds per pound in order to estimate yields, as you do in the conventional approach. Instead, a seed size conversion factor is used. If the conditions are favorable and large seed size is expected, the conversion is 15 units; while if abiotic or biotic stresses are present during the seed-filling period, a seed size factor of 21 units is used. Further details related to the seed size factor can be found in the link to the Purdue University extension article listed at the end of this article.

1) If we assume a “normal” growing season condition, then the final seeds per pod will be around 2.5, and for the seed size factor, we can assume large seeds, and will use a conversion factor of 15 units.

2) For a “droughty” (late reproductive, from R2 to R6 stages) growing season, the final seed number and size will be dramatically affected. Thus, even if the pod number is the same as in a normal season, the yield calculation could be:

Equation for a “Drought” Season: