El Niño has crept back into weather and climate conversation. El Niño generally refers to the development of an abnormally warm pool of water in the eastern Pacific Ocean. An official El Niño requires the Ocean Niño Index (ONI) to be +0.5 degrees C for 5 consecutive 3-month periods. An illustration of that pattern is shown below:

*Earliest point for an El Niño to be declared would be September. October or November is more likely.

Depending on its strength, the impacts can be felt around the world. Southern California often has excessive winter rains when an El Niño is in place. The Pacific Northwest, however, frequently sees drought conditions develop. The further you get from the coast, however, the less direct and the less consistent the impacts. In Kansas, an El Niño generally means a milder-than-normal winter, with a greater likelihood of wetter conditions in the southern tier of counties. 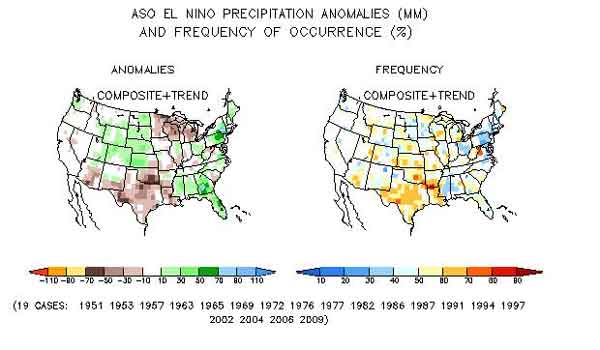