Extreme low temperatures were recorded in western Kansas overnight (Figure 1).  For all summer crops, these killing temperatures will end development.  At this point, corn is near maturity and the potential impacts of lower temperatures will have little (depending on the absolute value, the duration of the stress, and phenology of the crop) or no impact on expected corn yields. The main challenges of low temperatures will occur for soybeans in the coming weeks during the final reproductive stage, with the potential of impacting final seed weight (either affecting the rate of accumulation of dry matter on the seeds or by interrupting this process) where temperatures dropped below 32 degrees F. 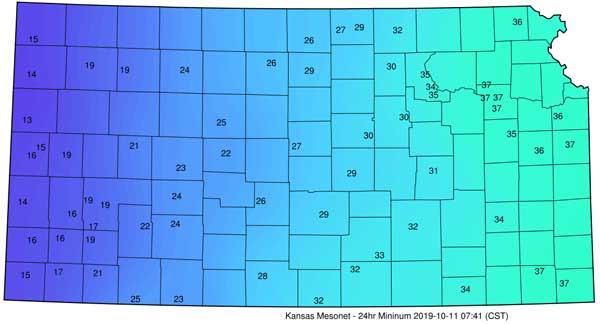 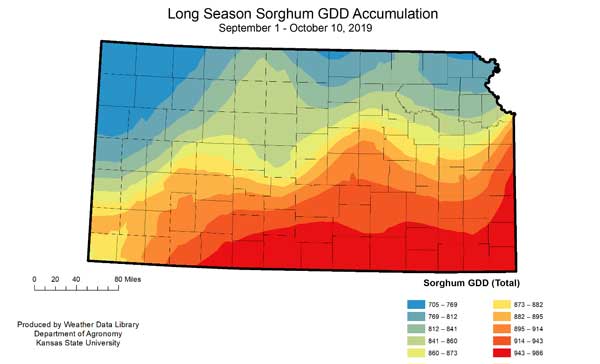 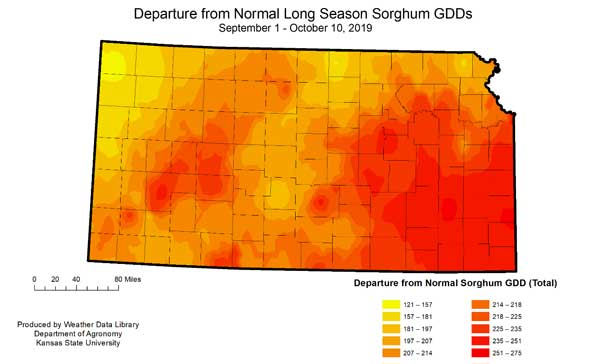