It is important to check corn and sorghum fields for stalk rot diseases prior to harvest. The two most common types of stalk rot in grain sorghum and corn are charcoal rot and Fusarium stalk rot. Both diseases are known to survive in crop residue and can survive in the soil for many years. Stalk rots have somewhat similar symptoms so it is useful to be able to tell them apart.

Even in fields where lodging is has not yet occurred, producers should be prepared to deal with stalk rot issues. Stalk rot can be more problematic in sorghum than in corn due to generally thinner stalks in sorghum. 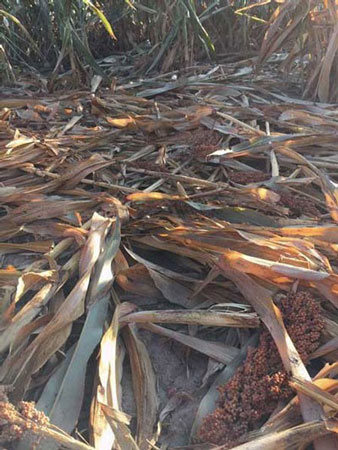 Annual losses are difficult to determine because, unless lodging occurs, the disease mostly goes unnoticed. The best estimates are that at least 5% of the sorghum crop is lost each year to stalk rot. The incidence of stalk rot in individual fields may reach 90 to 100% with yield losses of 50%. The most obvious losses occur when plants lodge. More important may be the yield losses that go unnoticed. In sorghum, yield losses are caused by reduced head size, poor filling of grain, and early head lodging as plants mature early.

Hot, dry weather with soil temperatures in the range of 90 °F or more are ideal for the development of charcoal rot. Drought does not cause the problem, but it weakens the plants’ defenses. Charcoal rot is usually less severe if drought stress is not a factor. 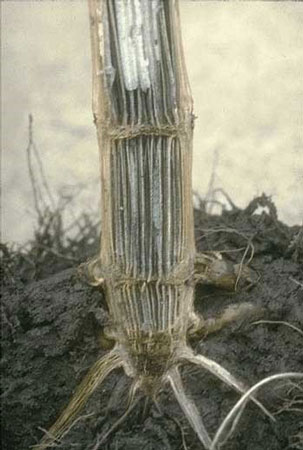 Fusarium stalk rot is favored by wet conditions early in the season when denitrification or nitrogen loss from leaching. Research has shown that mid-season dry weather may predispose plants to later season problems. Later in the season, following pollination, warm (82 to 86 °F), wet weather can leach remaining nutrients from the soil resulting in late-season nitrogen stress and an increase in stalk rot. 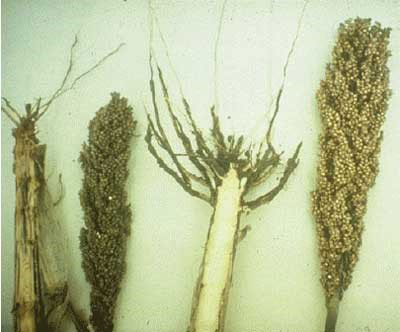 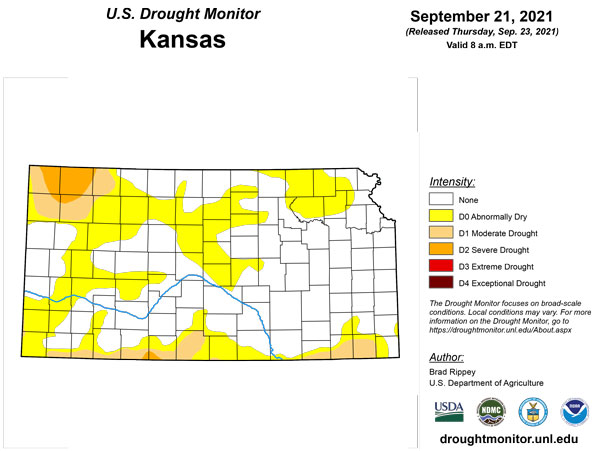