Flooding, and flood risk, is a combination of many factors but is predominately determined by the antecedent soil moisture conditions (amount of water in the soil before a storm event) and the rainfall rates. Wet soils, high water tables, and high stream flows increase the chance of flooding with even light to moderate rainfall rates. Heavy rainfall rates or amounts can produce flooding even with dry soils and low stream flows.

The National Weather Service has issued a spring flood outlook (Figure 1), which shows moderate risk of flooding in parts of the East Central and Southeast Divisions of the state, minor chances through the central divisions, and undetermined in the rest of the state. 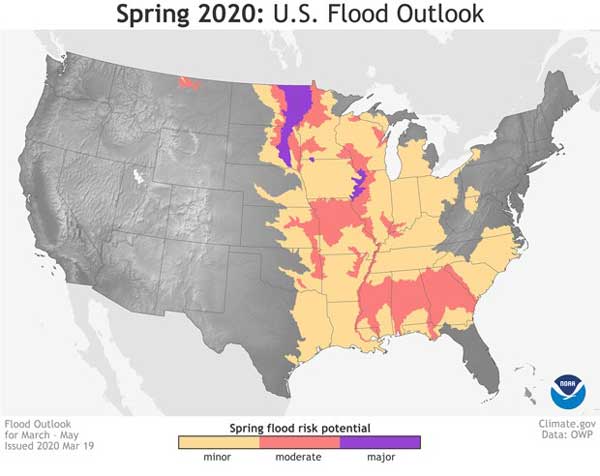 Precipitation was varied for period from October 1, 2019 through March 23, 2020 (Figure 2). Southeast Kansas remains above normal, while much of the west and northern portions of Kansas have measured less-than-normal precipitation through the winter. 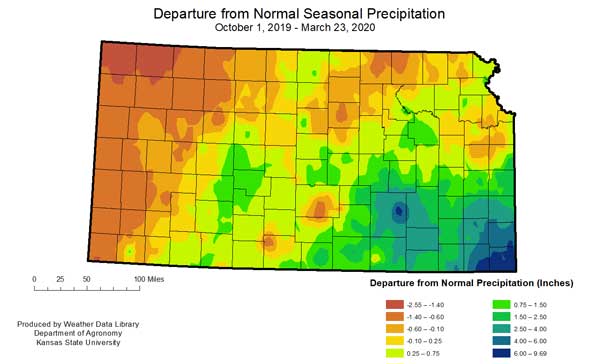 Although precipitation amounts have been lower than normal across much of the western and northern parts of the state, surface soil moisture has been adequate at 70-100% saturated (Figure 3).  Frequent light rain and snow events have kept the surface wet. However, the lack of precipitation is more evident deeper in soil profile where moisture levels are lower, especially in southwest Kansas where drought persists and 20 inches is only ~50% saturated (Figure 4). 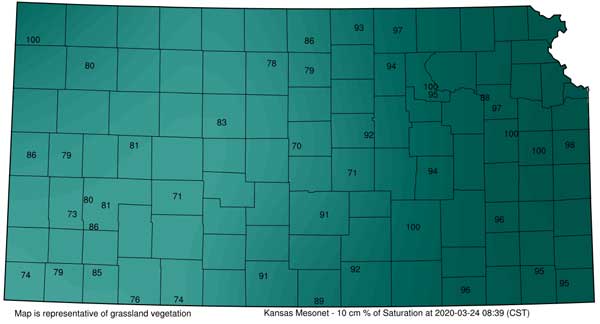 Figure 3. Soil saturation at approximately 4 inches as of March 24, 2020. The map is representative of grassland vegetation. Source: Kansas Mesonet 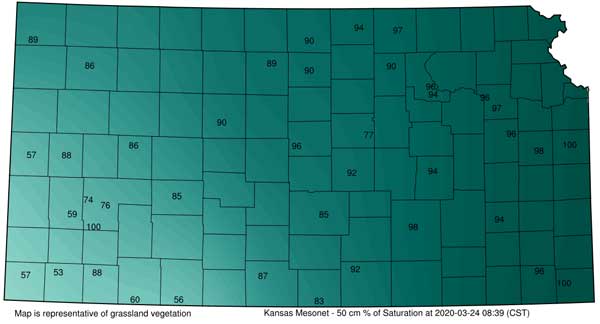 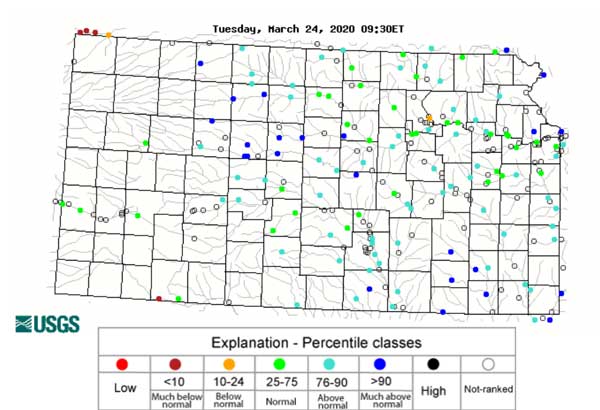 The second factor for flood risk is the amount and rate at which the rainfall occurs.  In southeast Kansas, with completely saturated soils and high rivers, even moderate rainfall rates will produce flooding.  In western Kansas, where drier soils dominate, a heavy thunderstorm could still produce flash flooding; however, the capacity to hold more moisture remains.

The spring (April, May, June) precipitation outlook favors wetter-than-normal conditions in the east, with equal chances of above- or below-normal precipitation in the central and western portions of the state. Keep in mind that this outlook does not indicate how the moisture might be distributed over the three-month period. 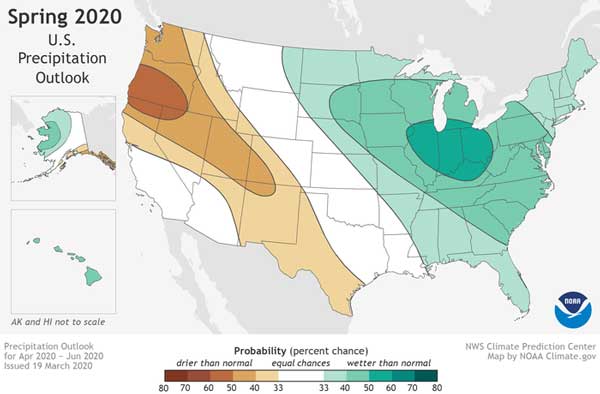 Forecast models provide a wide variance in possible precipitation outcomes for the season and resulting drought impacts. While there are many models, one method is to blend the models together in what is called an “Ensemble Mean”. This provides a quick glimpse at the overall trend in all forecast models for the period. The result of the April through June model output is overall low confidence in above-normal (green) or below-normal (orange) precipitation (Figure 7). All of Kansas, and the central United States, is in the equal chances of either possibility, with little guidance on trends for the remainder of spring and early summer. This would favor average precipitation. However, that precipitation can fall all at once or be spread out over many days and does not provide further guidance on flood impacts. 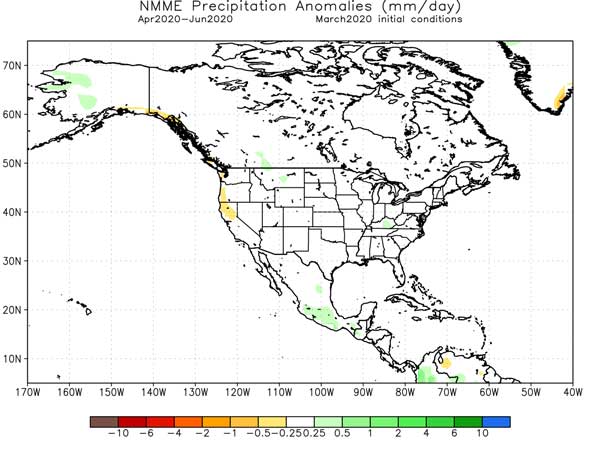