Premature dying (drowning). As wheat begins to mature, plants in some areas of the field may have an off-white color similar to take-all. This premature dying could be due to drowning, hot dry winds, or some other stress. The pattern of discolored heads will often follow soil types or topography, and may occur in large patches. The grain will be shriveled and have low test weight. Due to the recent rainfall events from mid-March through mid-May, with many areas of the state receiving over 10 inches of rainfall, several fields across south central and central Kansas are showing drowning symptoms on poorly-drained areas (Figure 1). 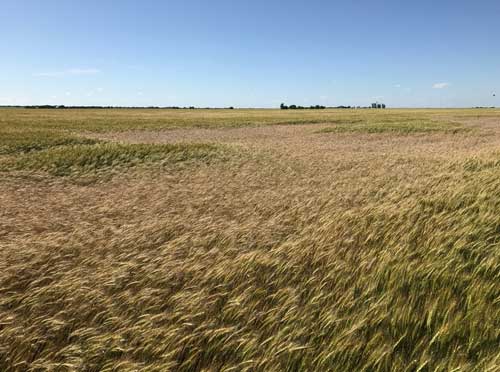 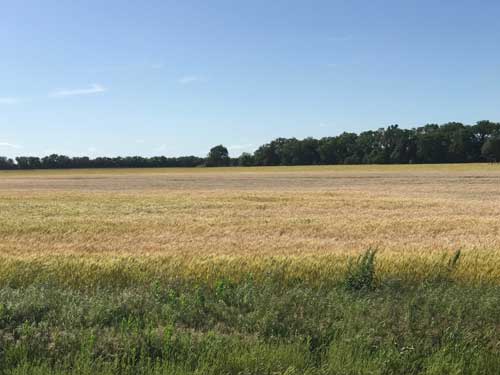 Freeze injury to stem or crown. Depending on the stage of growth at the time of a late spring freeze, parts or all of the heads may die and turn white.

In years when the freeze occurs about the boot stage or a little earlier, such as this growing season, there can be injury to the lower stem, which then cuts off water and nutrients to the developing head and that stem simply does not develop. In years when the wheat is in the early heading stage at the time of the freeze, the freeze can damage the heads directly.

Hail. Hail can cause white head to appear when it breaks the connection between the stem and the head (Figure 2). Occasionally, hail can also damage just a portion of a head, and cause that damaged portion to turn white. The hail impact to the heads may also remove spikelets and expose the rachis (Figure 3). 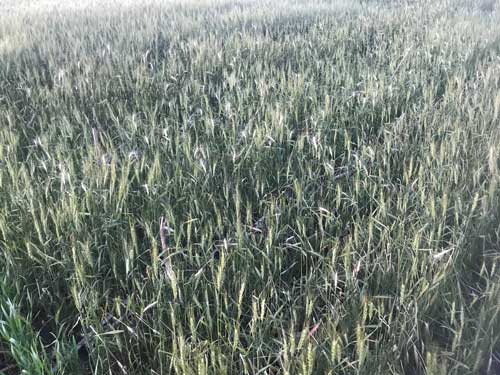 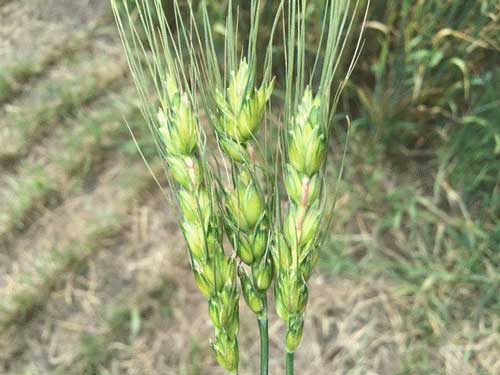 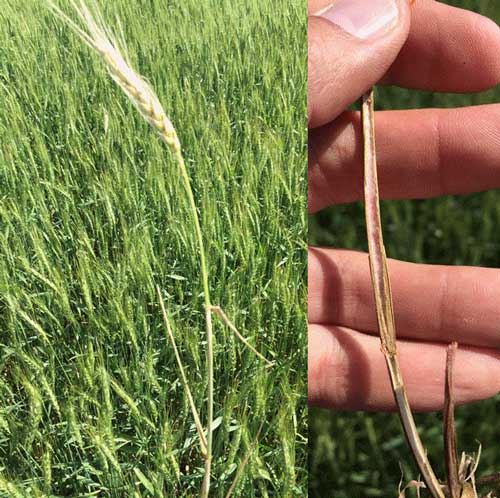 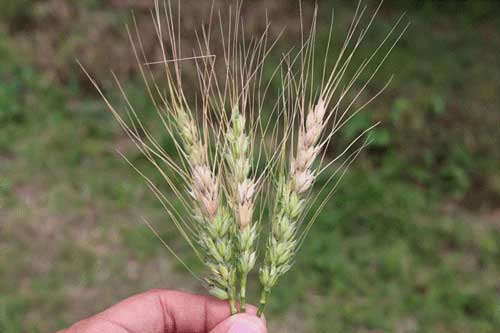 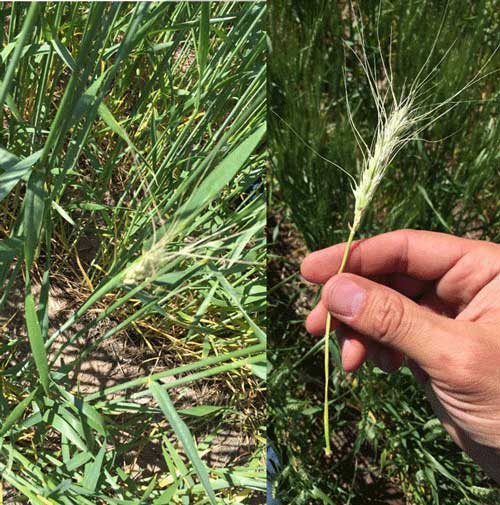