Since canola is a relatively new crop to Kansas, our experiences with late spring freezes on canola are somewhat limited. However, we can draw on our experience with the hard freeze about this same time last year to speculate on how the recent freeze might impact the crop.

Canola recovered from the April 2013 freezes but did suffer a yield penalty in some instances. In other instances, ideal growing conditions in May allowed the crop to produce more seed pods and a yield reduction was not observed. Canola is indeterminate (continues to flower and produce seed pods for an extended period) and because of this has numerous growing points on the plant. These growing points can develop new flowering sites that will compensate for damaged ones when severe stresses occur.

The extent of crop damage will depend on growth stage, and how low and long temperatures dropped. Canola is more susceptible to yield losses later in the growth and development of the plant. This year, the growth stage of canola at the time of the April 15 freeze ranged from rosette/early bolting (northern Kansas and southwest Kansas), bolting/early flower (central Kansas), and mid-bloom (southern Kansas). Canola can recover from freezes in the mid-20s over a 3- to 7-hour time period with little substantive damage at these stages. Temperatures below 20 degrees F can be extremely damaging.

Cosmetic injury will be observed immediately but canola should begin to recovery as soon as temperatures warm up. The time it will take to allow a more realistic estimate of the potential damage and recovery will depend on temperatures and moisture conditions in the short term.

Longer durations of temperatures in the mid-20s may increase the severity of damage. The extent of damage and potential yield loss relative to how long it stays this cold is somewhat of an unknown. But as long as the plants show normal growth in the upcoming weeks, reasonable yields can be expected. With dry conditions in the region, it is also unknown whether the freeze effects will be more severe on the already drought-stricken crop.

Longer-term effects on the plant include delayed maturity and reduced plant height. Delaying crop maturity results in flowering and filling grain during a warmer period which can reduce yield if temperatures are above 90. If temperatures remain cool during flowering and early grain fill, yield reductions should be minimized. Reduced plant height doesn’t necessarily result in reduced yield as was seen following the 2013 freezes.

The indeterminate growth habit still gives canola an opportunity to compensate for lost yield. How well the crop yields will be a function of the weather over the next few weeks. 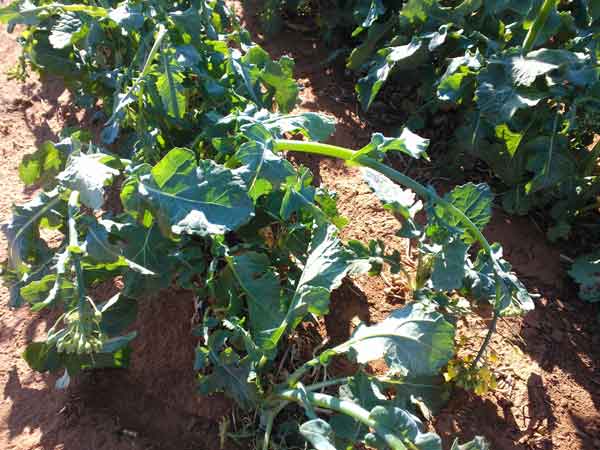 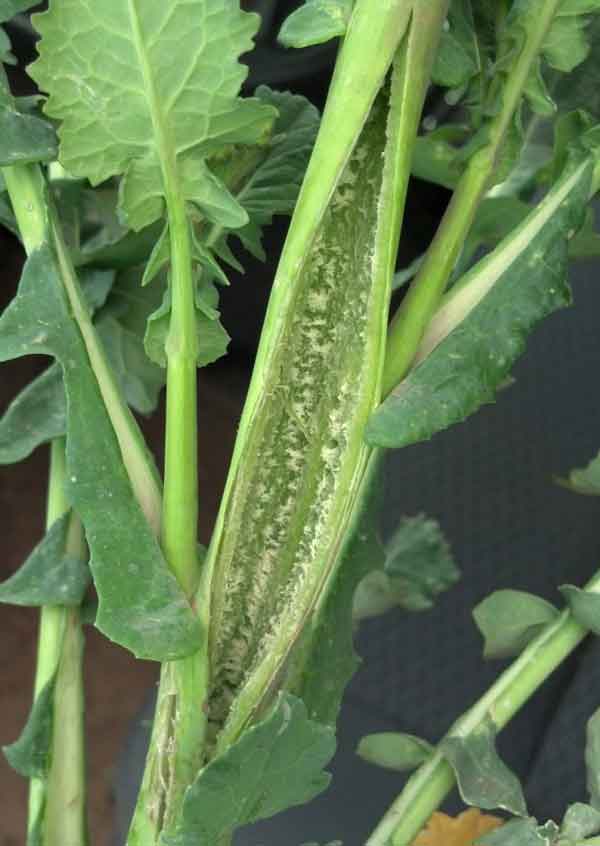 Figure 2. An example of severe stem splitting following the 2013 freeze. Note the plant is not lost but this does cause concern for future lodging. Photo courtesy of Jay Smith, Crop Quest Agronomist. Used with permission. 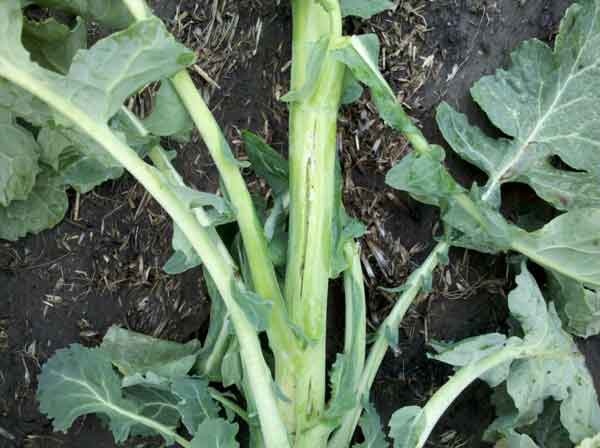