Soybean planting has yet to begin in Kansas (only 5% planted), based on the USDA-NASS Crop Progress and Condition Report from May 6, 2019. Nonetheless, a few farmers have already planted. These beans have gotten off to a very slow start, constrained by rain events and wet soil conditions. 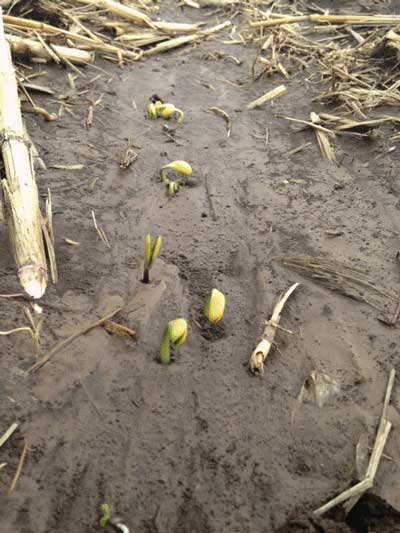 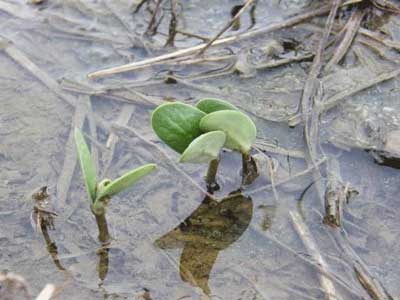 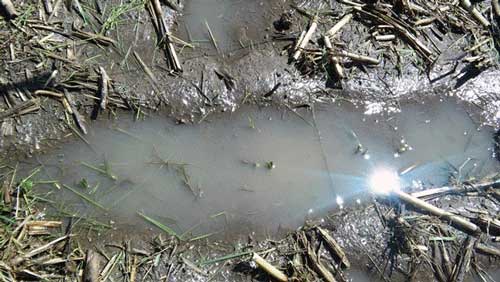 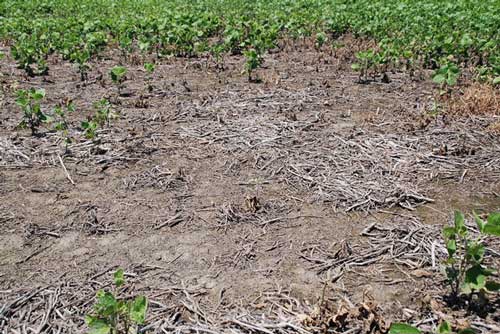