Army cutworm feeding, more in alfalfa fields than wheat, is starting to become more noticeable in fields that have not had the best growing conditions throughout north central Kansas. Army cutworm larvae (see pic) are still active (Figure 1). However, the larvae have not grown much larger, probably due to the cool temperatures over the last couple weeks.  As temperatures warm, expect army cutworm feeding to increase and thus size.  Fortunately, most fields have now enough foliage and can withstand considerable feeding without significant damage. These army cutworm infestations are really spotty throughout north central Kansas--with some heavily infested areas in fields and some fields with infestations so small they cannot be detected.  Thus, sampling should be conducted before considering an insecticide treatment. 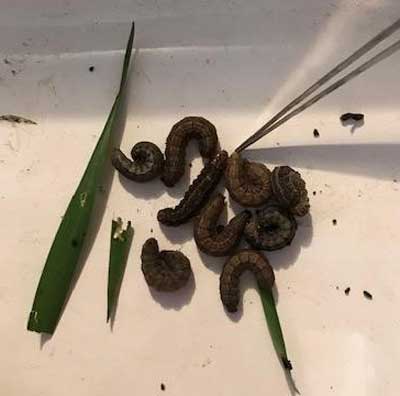 Pea aphids were also common in every field sampled over the last week (Figure 2). No fields, however, were even close to approaching a treatment threshold.  Also, no alfalfa weevil larvae were detected in any field but they will be hatching soon. 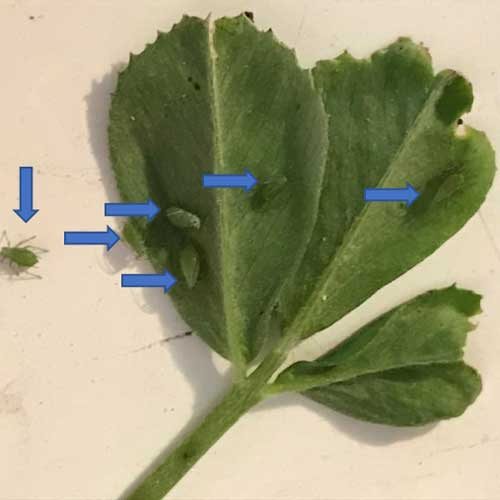 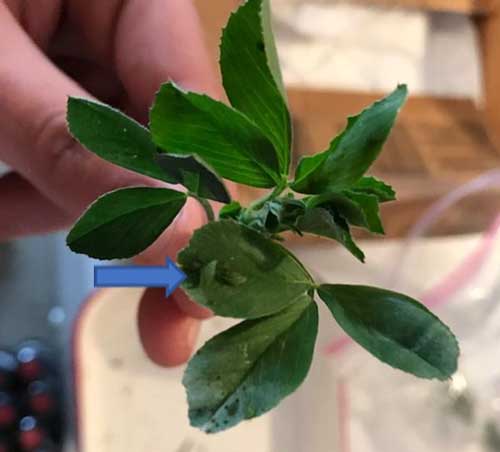