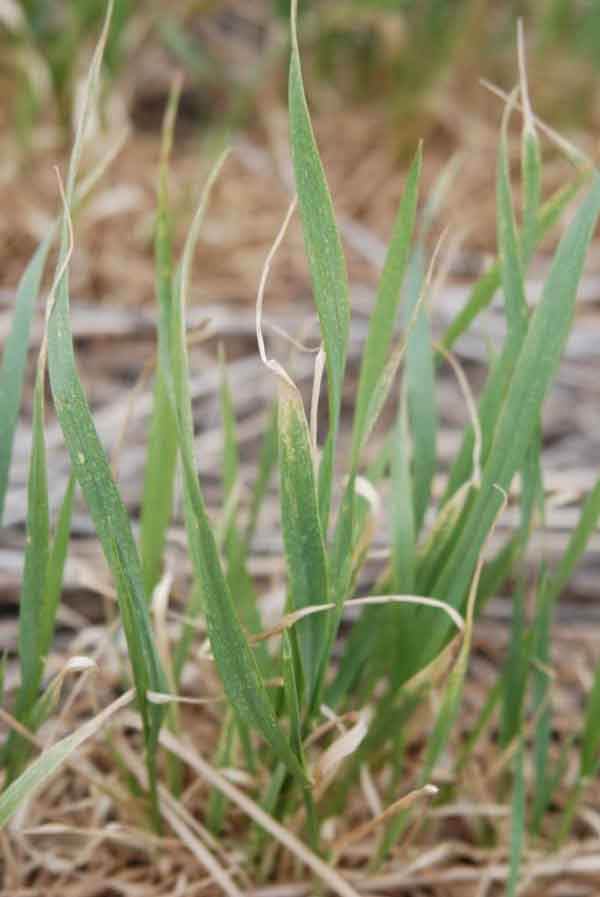 Winter grain mites have a dark brown to almost black body with conspicuous reddish-orange legs (Figure 3). Their front legs are longer than the others, but not as pronounced as on the brown wheat mite.

Temperature and moisture are the most important factors influencing mite development and abundance. Cool, rather than warm, temperatures favor their development. Activity of these mites is the greatest between 40 and 70 degrees F. Over-summering eggs do not hatch in the fall until rains provide adequate moisture. On hot, dry days it may be necessary to dig into the soil to a depth of 4 or 5 inches to find the mites. The mites do not seem to be harmed by high humidity, rainfall, short periods of sleet or ice cover, or by ground frozen to a depth of several inches in the fall. However, heavy spring rains may cause mite populations to disappear.

Fields with loose, sandy or loamy soils are more at risk than those with hard, clayey soils. Significant infestations are more common in central Kansas. Because fall populations develop from eggs laid the previous spring, problems are worse in continuous wheat. Crop rotation is helpful in reducing problems, although field borders may be affected when mites migrate from wild grasses. Control may be necessary if large portions of a field show symptoms and mites appear abundant relative to the amount of plant growth. Persistent dry conditions can lead to cumulative damage and plant recovery is often dependent on available moisture.