Soybean planting is underway in Kansas but is considerably behind last year’s growing season. In the latest Crop Progress and Condition report from Kansas Agricultural Statistics on May 28, soybean planting was 22% complete, well behind from 2018 (63%) and behind the long-term average of 41%. 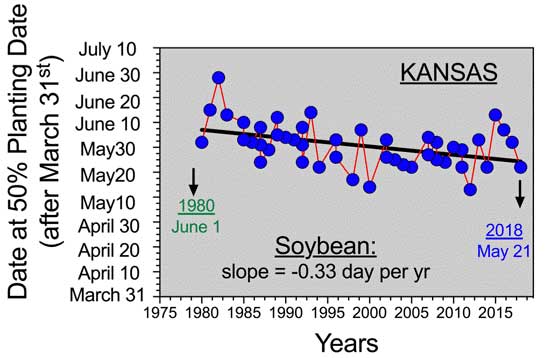 Figure 1. Trend in the date at which 50% of planting progress was achieved for soybean from 1980 to 2018 in Kansas. Source: USDA-NASS.

In places where soybean planting has been delayed (or in double crop soybean systems), producers should consider a few key management practices. Planting soybeans in the right soil conditions is essential for establishing an adequate soybean canopy and improving chances to increased yield potential. 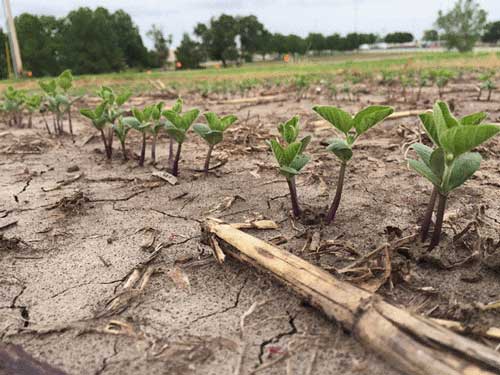 Maturity group factor: From our ‘planting date x maturity group’ study in 2014, 2015, and 2016, late planting did not clearly result in a yield reduction at the dryland sites, and caused only a minimal yield reduction at the irrigated site. Medium maturity groups (ranging from 3.8 to 4.8) yielded better, depending on the site and growing season evaluated (Figures 3, 4, and 5). More information related to this study can be found in Issue 743 of the eUpdate on April 19, 2019 in the article “Soybean planting dates and maturity groups: K-State recommendations”. 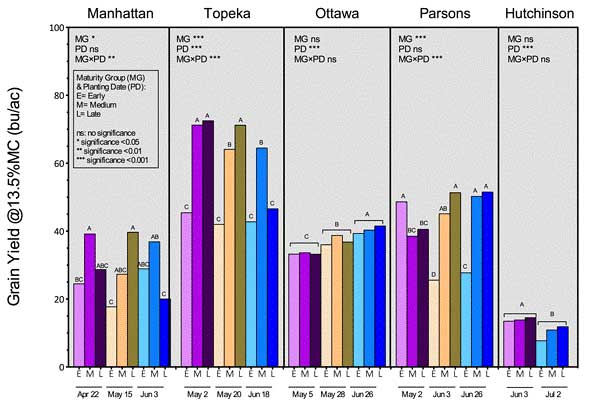 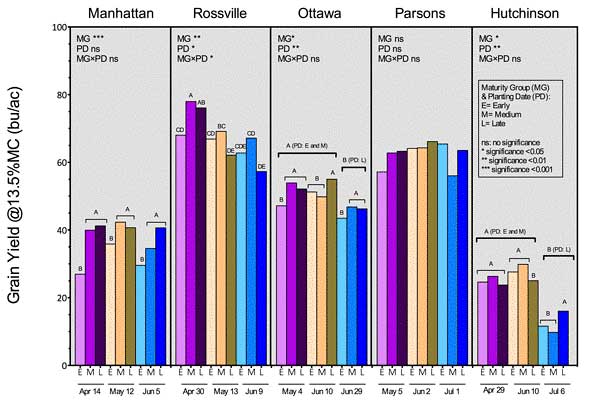 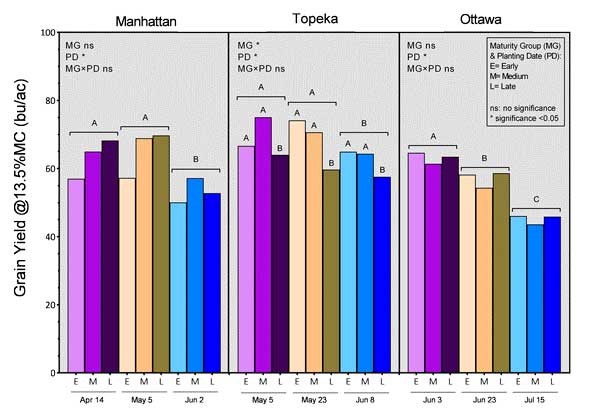 Seeding rate factor: Increasing the seeding rate of late-planted soybeans by 10-20% as compared to the optimal seeding rate can help compensate for the shortened growing conditions. Research information on seeding rate and late planting of soybeans is currently being investigated further, with more updates on this topic in future issues of the Agronomy eUpdate. The same soybean cultivar planted early in the planting window, under normal conditions, will develop nearly 50% more productive nodes than when planted in late June: 19-25 nodes when planted early vs. 13-16 nodes when planted late. For soybean seeding rates and optimum plant populations, see Agronomy eUpdate Issue 745, May 3, 2019.

Row spacing factor: Information on late-planted soybeans across multiple row spacing suggests that narrow-rows (e.g. 7” or 15” vs. 30”) can hasten canopy closure, increasing season-long light interception, weed suppression, and potentially improving biomass and final yield. In some cases, the likelihood of a positive yield response to narrow rows increases as the planting is delayed later in the season.

Finally, proper identification of soybean growth stages can make a difference in yield. We have worked with the United Soybean Board and the Kansas Soybean Commission recently to produce a soybean growth and development chart. It can be downloaded at:

More information about key aspects of each growth stage and management practices can be found in that soybean chart.