Winter weather was a feature both to start and end the month, but overall the month was much drier than average. The statewide average precipitation was just 0.46 inches, which was 19 percent of normal. This ranks it as the 10th driest March since 1895. The heaviest precipitation was limited in area. Snow was a significant portion of the moisture received in parts of the state. The major events occurred on the 3rd of March and on the 24-25th of March. 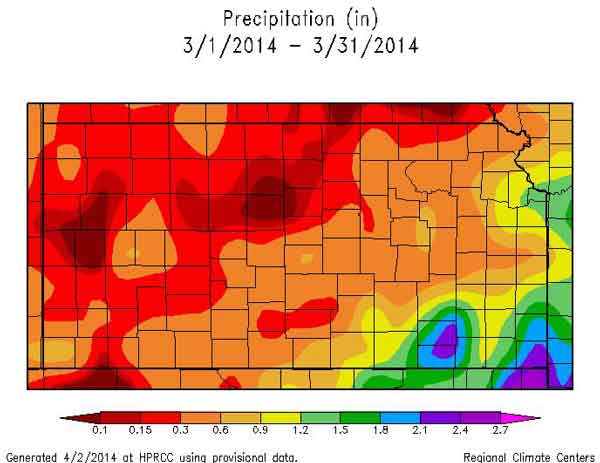 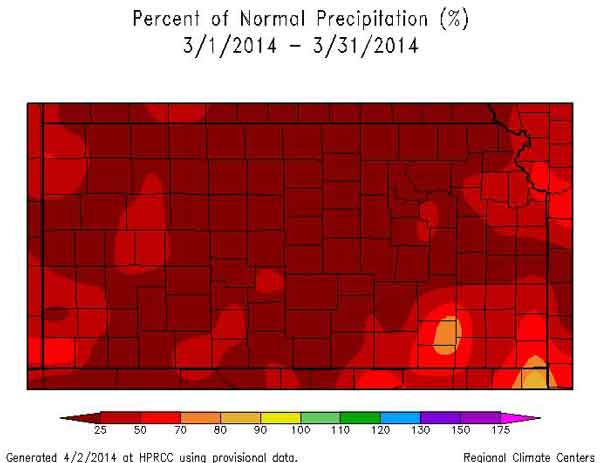 Temperatures continued to be colder than average. Statewide, the average temperature was 39.7 oF, which was 3.7 degrees below normal. For the first quarter of the year (Jan-Mar), temperatures have averaged just 32.4 oF which places it as the 23rd coldest start to the year in the last 120 years. 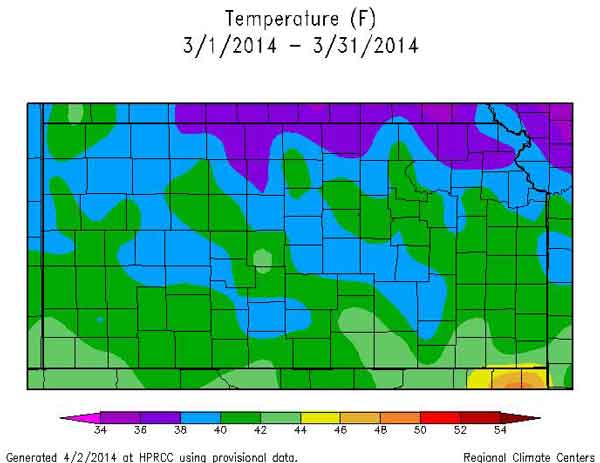 The El Niño/Southern Oscillation (ENSO) is expected to remain neutral through the Spring. That means the signal for increased Spring precipitation will also be weaker. The jet stream is expected to shift northward. For April, chances are equally likely for precipitation to be above or below normal statewide. The temperature outlook calls for below-normal temperatures across the northern counties, with equal chances for above or below normal temperatures across the remainder of the state. This does not indicate how much cooler conditions might be, and does not exclude the possibility of warm weather in the period.