Causes of late-season purpling in corn

In the last couple of weeks, purple coloration of corn plants has occurred in some fields around the state. It is perhaps more common for purple coloration in corn to occur early in the season, often a result of a phosphorus deficiency or cold temperature stress.

Later in the season, purple coloration in different sections of corn plants (e.g. leaf, stem, husk, silk, and anther tissues) can be related to the production and accumulation of a pigment called anthocyanin. Anthocyanin is derived from another pigment, “anthocyanidin,” that is comprised of a sugar-like molecule. The accumulation of anthocyanin occurs when the plant is not capable of translocating sugars to different plant organs.

This becomes a “source:sink imbalance” issue, in which the photosynthetically active tissues of the plants are still acting as sources of sugars, while the sinks (the parts of the plantwhich utilize the sugars for growth and development) are not utilizing the sugars as fast as they are being produced. When this happens, the flow of sugars within the plants is disrupted and the sugars can accumulate in various areas of the plant, causing an unusual purple coloration. This could be a result of several different factors:

Regardless of the specific factor that causes anthocyanin accumulation, the production of the purple coloration is associated with some kind of restriction in the utilization of carbohydrates produced during photosynthesis.

Purple coloration developing late during the reproductive stage is often specifically related to a carbohydrate imbalance between the source (leaves) and sink (ear) structures, in which more sugar is produced by leaf photosynthesis than gets allocated to the grain. Pollination failures, as documented in several cornfields around the state in early July (reported in Agronomy eUpdate No. 416, 08/09/2013), resulted in poor kernel set, diminishing the capacity of the plant to utilize all resources generated from photosynthesis. Consequently, excess sugars accumulated in different organs of the plant (primarily the leaves and stem). Purple coloration can occur on the stems or leaves (Figure 1). Purple coloration can also be seen in the reproductive structures such as husk, silk, and anther tissues (Figure 2).

With corn now nearing maturation, the crop is advancing into the grain-fill period and reaching the end of its life cycle. As this process continues, water and nitrogen uptake by the roots will be decreasing until the end of the season. The root system has a very high demand for sugars at its peak of activity. As it decreases in physiological activity, sugars may accumulate in the lower sections of the stem (Figure 3). 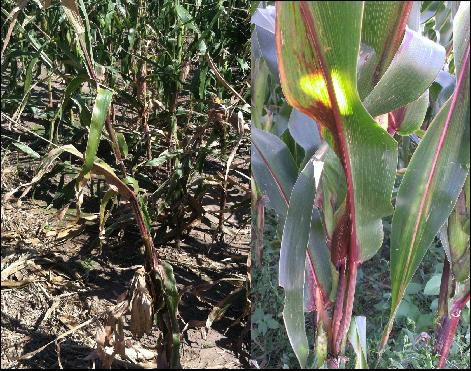 Figure 1. Purple color on stem and leaves of corn plants during the reproductive period (after flowering), due to buildup of anthocyanin caused by unbalanced scenario between the source and the sink components. Photos by Ignacio Ciampitti and Doug Shoup, K-State Research and Extension. 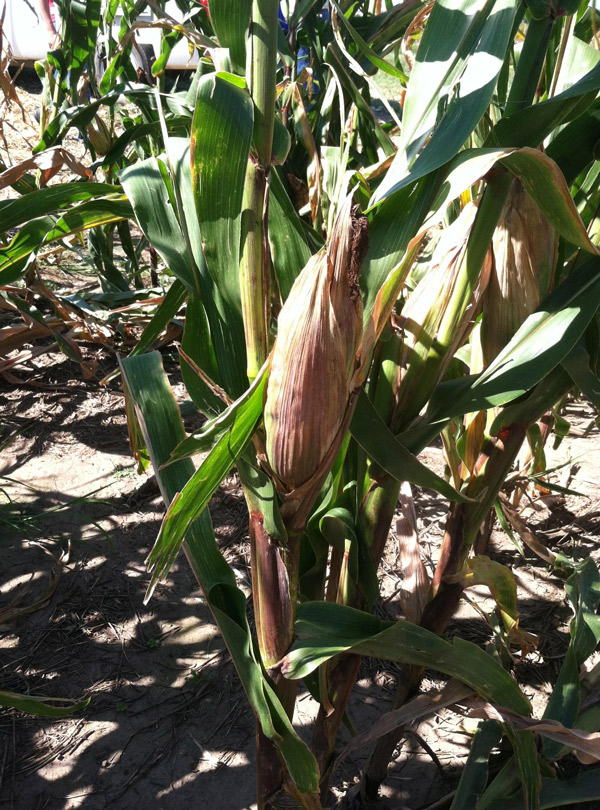 Figure 2. Purple color on husk for corn plants, due to buildup of anthocyanin caused by unbalanced scenario between the source and the sink components. Photo by Ignacio Ciampitti, K-State Research and Extension. 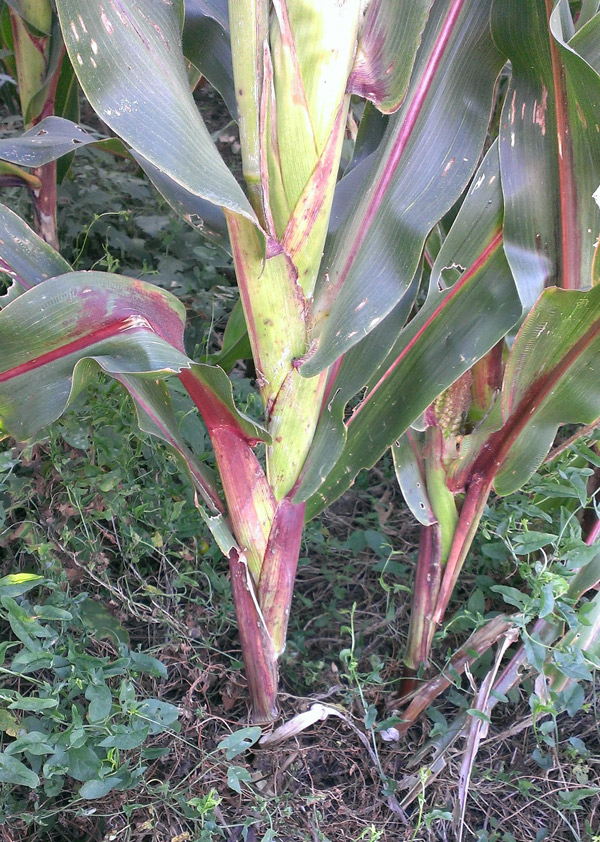 Figure 3. Darker purple color on the lower stem section of corn plants, due to buildup of anthocyanin. Photo by Doug Shoup, K-State Research and Extension.

In summary, when purpling is evident, it is an indication of some type of stress (biotic or abiotic) or that the plant has had pollination and kernel set problems. Either way, purple coloration is often a sign of reduced yields, not directly due to the purple coloration but due to the underlying problem that caused the purpling.